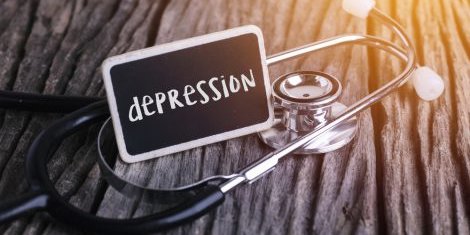 Depression is a common mental disorder. In a national survey in the USA, about 1 out of every 6 adults will have depression at some time in their life.  It could be handled with Chinese herbs.

According to a systematic analysis for the Global Burden of Disease Study 2013, major depressive disorder (MDD) was of the top ten causes of years lived with disability (YLDs) in every country.

The treatments for MDD

However, a variety of side effects from antidepressants and various difficulties in following psychosocial interventions have caused low compliance to the treatments and high relapse rates of MDD.

The famous STAR*D study conducted in the US found that more than half of all patients recruited through primary care and psychiatric clinics did not achieve remission after first-line antidepressant treatment, and 33% did not experience remission after four courses of short-term treatment (Rush, 2006). https://www.ncbi.nlm.nih.gov/pubmed/17074942

Little notable progress in the development of drugs to treat depression has been made over the last few decades. The new, improved therapeutic approaches to deal with depression and improved safety profiles have become the target of next-generation antidepressants.

CHM has been used for the treatment of depression in China for thousands of years. The discussions about depression can be traced back to the book – Huangdi Neijing (The Inner Canon of Huangdi).

The main treatment methods are soothing liver and regulating qi, together with replenishing qi to invigorate spleen, activating blood to resolve stagnation and reducing phlegm to resolve masses (Wang, 2017).

Different herbs in a formula are chose based on “sovereign, minister, assistant, courier” rule and the seven methods in prescription compatibility, in that their effectiveness in the treatment of depression becomes apparent (Feng, 2016).

Promising results including greater efficacy and fewer side effects have been reported in hundreds of RCTs, even limitations in methodology and reporting were revealed (Butler, 2013).

Further studies on a particular formula such as Xiaoyao San in modern TCM technology is needed. [https://www.ncbi.nlm.nih.gov/pmc/articles/PMC5036551/]