The Many Healthful Roads Of Rhodiola Rosea 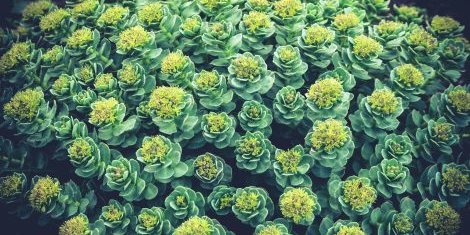 Nearly one in four people in the U.S. are under stress. And many are tired, or have poor attention span. Some are feeling a combination of each.

So you may want a cup of tea, and maybe have it sprinkled with an herb that seems to do a lot of what’s ailing you – you know, that stress, fatigue and attention span issue, and also may give you more energy, deal with weight gains, and maybe deal with some depression, too, and power to improve the brain.

There are other areas it also has been used for: including anxiety, fatigue, anemia, impotence, infections, headache and longevity, and improve resistance to high-altitude sickness. People also it for dietary supplement to increase energy, stamina and strength to improve attention and memory and to enhance the ability to cope with stress.

This herb that has been attributed with many of these attributes is Rhodiola rosea, which grows in the high Arctic areas of Europe and Asia. It is sometimes called Arctic root or golden root, and has been used in an array of countries as a medicinal plant, from Russia to Greece, to Sweden to France and Ireland and a long history in Traditional Chinese Medicine for reducing stress and improving stamina. A member of the Crassulaceau plant family, Sherpas even used it for help dealing with high-altitude sickness, and Vikings years ago tapped into it, citing its help in giving them strength.

Rhodiola Rosea is among the adaptogens, within the group of plants that has been cited as helping your body adapt to physical, environmental and chemical stress.

Rhodiola rosea contains more than 40 kinds of chemical compounds, with the most active being rosavin, which helps to balance cortisone levels, which not only reduces stress but helps give people more energy. Studies show that high cortisol levels may add to stress, weight gain, fatigue and aging. The U.S. government has carried out many studies related to the health benefits of Rhodiola rosea, but is seeking more information.

Increases Energy. Rhodiola may help increase your stamina and endurance by increasing your red blood cell count. A 2004 study showed that intake of Rhodiola rosea can improve endurance exercise capacity when taken by young healthy volunteers. Two review articles published in 2011 and 2012 looked at 15 studies that tested rhodiola on physical and mental performance in 575 people, according to the National Center for Complementary and Integrative Health.  National Center for Complementary and Integrative Health.  Both reviews found evidence that rhodiola may enhance physical performance and ease mental fatigue, but emphasized that the quantity and quality evidence did not allow firm conclusions to be made.

Rhodiola may help to increase the neuron sensitivity, including dopamine, which has been known to relieve depression. An NCCIH funded study-tested rhodiola compared to the drug sertraline and a placebo, with people having a variety of depressive disorders. A 2015 study showed all were similarly effective in reducing depression symptoms, but people who had taken rhodiola had fewer side effects than those who took sertraline. But rhodiola’s effectiveness needed to be tested in larger studies.

How it is taken

As a dietary supplement, rhodiola root extract is usually taken in capsule or tablet form. People also take rhodiola as a tea to help in restful sleep. Recipes say that to prepare rhodiola tea it is necessary to have rhodiola roots that are dried and ground.

Rhodiola has been found to be generally well tolerated by most people, and, according to some studies, less likely to cause side effects than antidepressant prescription drugs. One caution: it can cause temporary dizziness and dry mouth when taken orally.