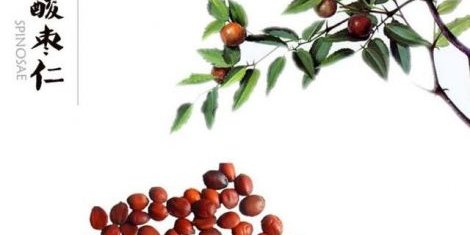 Suanzaoren (Semen Z. spinosae), the dry ripe seed of deciduous shrub or small arbor Ziziphus jujube Mill. Var. spinosa (Bunge) Hu ex H. F. Chou of family Rhamnaceae, is one of traditional Chinese medicine. It is widely planted in many places of the Northwest, Yellow River and East region of China. Its medicinal use can be traced back to the book Sheng Nong Ben Cao Jing, in which this Chinese herb was placed in the top-grade category thanks to the healing properties (including settling five Zang viscera, losing weight, and prolonging life). It nourishes the liver, tranquilizes the heart, calms the mind, and arrests sweating. The main function of calming the mind and soothing the nerves has been recorded for thousands of years. Today it is often used to treat some diseases associated with mind and sleep, such as neurasthenia, nightmares, insomnia, and so on. More and more data has proved that Suanzaoren is an amazing Chinese herbal medicine for insomnia.

From preclinical study perspective, Suanzaoren has been tested to have the sedative pharmacological activities, which mainly come from its important natural products, including sanjoinine A, jujubosides and various flavones. Those three kinds of main products are also classified into phytochemicals, including alkaloids, glycoside saponins, and flavonoids, respectively. (1) Sanjoinine A is one of the major alkaloid compounds in Suanzaoren. Co-administration of sanjoinine A with pentobarbital to mouse showed increase in sleeping rate and time but decrease in sleeping latency. (2) Jujubosides is also one of the major active components of Suanzaoren. The hypnotic effect of jujubosides was investigated in rat. The results showed that the jujubosides significantly increased the total sleep time and also increased the rapid eye movement (REM) sleep or non-rapid eye movement (NREM) depending on the time. REM increased during daytime but NREM increased during the night time, suggesting the hypnotic effect of jujubosides on normal rats may be influenced by circadian rhythm. (3) Spinosin is a C-glycoside of flavonoid identified in Suanzaoren. In the rat model, spinosin potentiated pentobarbital-induced sleep by reducing sleep latency and increasing the total, NREM and REM sleep time (Singh, 2017). Preclinical researches of Suanzaoren mechanisms reveal its sedative and anxiolytic effects through modulating GABAergic activity and the serotonergic system (Shergis, 2017).

In the future, evaluating high quality Suanzaoren products, evidence from monotherapy Suanzaoren studies in clinical trials, elucidating its diverse/full pharmacological profile including in animal and preclinical studies, and identification of the actual sedative therapeutic agent(s) in the brain need to be confirmed, so that new insomnia phytomedicines will be discovered.