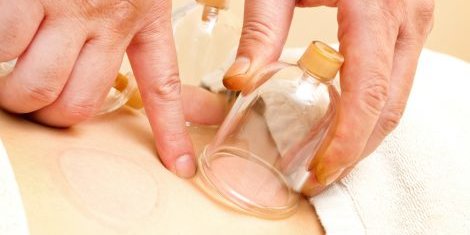 The Mystery of Cupping Therapy

As Michael Phelps darted toward his 19th Olympic gold medal during the 100-metre freestyle relay at the 2016 Rio Olympics, all people could focus on were the dark purple circles on his back and shoulders – the mystery of cupping therapy.

What are those mad dots? Is he being attacked by mysterious creatures or being beaten up by someone else? Is this the latest trend? Well, no. The dark red masks are actually the result of an ancient Chinese healing practice called “Cupping Therapy”.

If you followed the 2016 Olympics, you might have noticed that not only Phelps had these spots, but also U.S. gymnast Alex Naddour and many other swimmers and gymnasts from Team USA.

“It is better than anything else I have spent money on,” Naddour said. “That’s been the secret that I have had through this year, and it keeps me healthy.” He also added that it saved him from a lot of pain.

WHAT IS CUPPING THERAPY?

Cupping therapy is an ancient form of alternative medicine that has been practiced in China for thousands of years. It commonly involves a therapist placing a specialized cup on the skin. They use either heat or an air pump to create suction, which draws the skin upwards into the cup and leaves those dark circles. The marks usually stay for about a week. People get it for many purposes, including relieving soreness and pain, eliminating inflammation, boosting blood flow, relaxing strained muscles, or as a type of deep-tissue massage.

The cups may be made of:

Cupping is not limited to only athletes. Many celebrities, including Jennifer Aniston and Justin Bieber, have been photographed with similar odd-looking marks on their skin. Hollywood actress Gwyneth Paltrow is a huge fan of Cupping Therapy. In 2004, Gwyneth Paltrow appeared at a film premiere revealing the huge red circles across her shoulder blades. The picture below shows Justin Bieber revealing the large dark red bruises on his tattooed torso while taking a dip in the chilly salt waters at Bondi’s Icebergs pool. He was a recipient of the ancient Chinese cupping practice.

Cupping has also become an increasingly popular treatment in beauty parlors and spas, as well as traditional Chinese medicine shops where it is commonly on offer.

Cupping therapy is an alternative Chinese medicinal practice usually used for healing muscles, the graphics below shows how does the therapy work:

As mentioned above, the suction and negative pressure provided by cupping can loosen muscles, enhance blood flow, and sedate the nervous system (which makes it an excellent treatment for high blood pressure). Cupping is used to relieve back and neck pains, stiff muscles, anxiety, fatigue, migraines, rheumatism, and even cellulite. For weight loss and cellulite treatments, oil is first applied to the skin, and then the cups are moved up and down the surrounding area.

Traditional Chinese medicine also brings to mind acupuncture and the use of natural herbs as healing remedies. Herbal supplements can significantly increase the effect of cupping.

Though there are skeptics criticizing the lack of scientific evidence and research of Cupping Therapy, Chinese cupping has been applied for a long history with its mysterious power in healing across the world. Why not have a try and discover the mystery of cupping and herbal formulas yourself!

Cupping: How Gwyneth Paltrow Got Her Spots

Michael Phelps’ ‘Cupping’ Marks Are Not From Beatings

The Many Benefits of Chinese Cupping