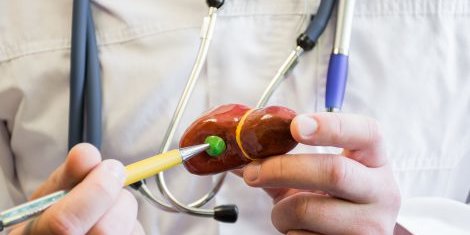 Gallbladder help to the digestive process

It is a small organ under the liver, with outsized importance in Chinese medicine.

It’s the gallbladder. It has a giant role in helping the digestive process by storing bile, a fluid made by the liver. As the National Institutes of Health said,  “The gallbladder may not seem to do all that much. But if this small organ malfunctions, it can cause serious problems.”

As we eat, the gallbladder squeezes bile, a greenish brown liquid into the digestive tract. Eat more, and more bile, which is produced by the liver and aids digestion, is released. If the gallbladder’s sensitive chemical balance is out of kilter, it could form gallstones, which can result in sudden pain in the upper right abdomen and possibly more serious consequences.

In Traditional Chinese Medicine, the gallbladder has many important functions, especially because of its close proximity to the liver, and the pancreas. The gallbladder is seen as helping the digestive process, and also – which may be surprising – help with sleep.

Under TCM, when a gallbladder qi is deficient, that condition would manifest itself through being unable to comfortably rest, or a feeling of insecurity, being easily frightened or having sweats.

A key Chinese herbal formula for regulating the gallbladder, as well as the spleen and stomach is Wen Dan Tang, whose designated function is to warm the gallbladder. It is depicted as being used for insomnia or stomach issues.  In addition, Wen Dan Tang is also studied for digestive system diseases as well as neuropsychiatric issues, truly at the center of the brain-gut axis.

Among the herbal ingredients in Wen Dan Tang that targets the gallbladder is caulis bambusae in taeniss, which is produced mainly in southern China.  The herb is collected in all seasons, and sometimes stirred and baked with ginger juice.  Under TCHM, it harmonizes the liver and stomach and clears depressive heat. Caulis bambusae in taennis, also known as bamboo shavings, has been used in traditional Chinese Medicine for the treatment of hypertension and cardiovascular disease and for coughing.

Another herb included in Wen Dan Tang is fructus immaturus citri aurantii, also known as the bitter orange. The bitter orange oil is made from the peel. Bitter orange has been used to improve appetite, weight loss and upset stomach and other gastrointestinal disorders.

While the Wen Dang Tang formula has been focused on the gall bladder, it also has been studied for easing insomnia and anxiety.

Waking up at 4 a.m.? You can’t go back to sleep. Wen Dang Tang may help reduce insomnia-related anxiety, which may be linked to the brain-gut axis. Insomnia has a high and increasing prevalence in many countries, impacting 33 percent of people in the U.S. Often, primary insomnia patients suffer from moderate to severe depression. In a study that examined rats, Wen Dan Tang was shown to significantly reduce insomnia-related anxiety, according to Neural Regeneration Research.

Among the best ways to prevent gallstones is controlling your weight, eating sensibly, such as eating fiber, dried beans, whole-grain cereals and brain. Oddly enough, experts say that sudden diets in which you suddenly reduce calorie intake, also makes one susceptible to gout.

NIH News in Health. 2917, Galled by the Gallbladder? Your Tiny, Hard-Working Digestive Organ. Retrieved from: https://newsinhealth.nih.gov/2015/02/galled-gallbladder