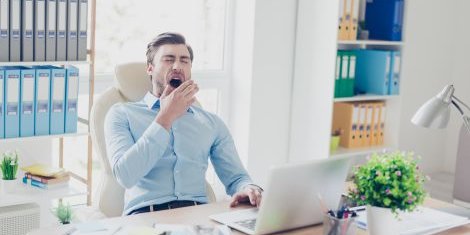 A major engine that drives our red blood cells is having an adequate amount of iron yet many people throughout the world do not have enough.

The major symptoms caused by iron deficiency in the blood cause a host of problems, ranging from irritability, fatigue, and muscle weakness, and lowered immunity to poor concentration.

That is certainly a mouthful of issues, and points to the importance of having adequate iron in the diet. It is considered the single biggest nutrient deficiency among people.

When you think of iron in the blood, it all goes back to red blood cells. They make up the biggest portion of the blood, about 45 percent, and contain the protein hemoglobin. Hemoglobin is the iron-containing component of red blood cells, and transports oxygen to body cells and helps get rid of carbon dioxide. As other blood cells, red blood cells develop from stem cells in bone marrow.

If you have low energy and you are uncertain for the reason why: it could be you are suffering from anemia.

At least three million in the U.S. have anemia, a condition where the body lacks oxygen because its red blood count is too low. As a result, the body has trouble receiving enough oxygen-rich blood.

Iron-deficiency anemia is the most common blood condition in the world, particularly impacting children. As many as 3 percent of the children in the U.S. between the ages of one and two have anemia. The modern medical treatment of iron deficiency anemia is straightforward and easy: the main thrust is to recommend a diet rich in iron. Then, if necessary, iron supplements can be administered.

The Chinese treatment of anemia most often revolves around number of herbs. The herbs ofen contain high levels of nutrients that the body needs to fight anemia, such as iron, B  vitamins, copper, zinc, and selenium.  (There is a list of some Chinese herbs and roots below for iron deficiency)

Women may be at a greater risk for iron deficiency anemia during the menstrual period when the low point of blood iron levels occurs. In pregnant women, severe iron deficiency anemia has been linked to premature births and low birth rate babies. In addition, if the condition is not treated effectively, it can cause short and long term neurodevelopmental problems in children. It is preventable in pregnant women who receive iron supplements as part of their pre-natal care.

Infants, especially those who were low birth weight or born prematurely, who do not get enough iron from breast milk or formula may be at risk of iron deficiency. Children need extra iron during growth spurts.   Severe iron deficiency can lead to anemia as well as delayed growth and development.

For most people, getting enough iron is easily attainable, with about 3-4 mg of iron needed in each of three meals per day. Menstruating women should have 15 mg per day. But you must be careful if you are having a low-calorie diet and do not eat meat. Often, if you are diagnosed with anemia, doctors will preserve a supplement. Sometimes iron supplements are prescribed, as well as selenium and vitamin B12 supplements.

Among the foods high in iron, according to Healthline.

Vegetables – such as spinach and broccoli.

Angelica sinensis has been used in traditional Chinese medicine as a female reproductive tonic, and regulator of menstruation for many centuries. A variety of animal and human studies have shown impacts of angelica sinensis on iron deficiency related to different illness

Treating people with Angelica sinensis polyaccharade-iron complex showed changes in hemoglobin, red blood cell count and iron content of blood, according to the Chinese Journal of Integrative Medicine.  The formula not only had an impact on supplementing blood and activating blood circulation.

Another study showed how in animal studies Angelica sinensis use could have a positive impact on anemia related to strenuous exercise.

Codonopsis is used as a nourishing herb that reduces fatigue. Research has shown that codonopsis can increase red blood cell counts and hemoglobin levels.

The widely popular perennial plant (Pannax quinquefolis) is an herb used for many treatments, including low iron in the blood.

The Chinese herbal blend, also known as the Eight Treasure Combination, is specifically designed for women who lose a lot of blood during menstruation.