The Richness Of ‘Poor Man’s Ginseng’ 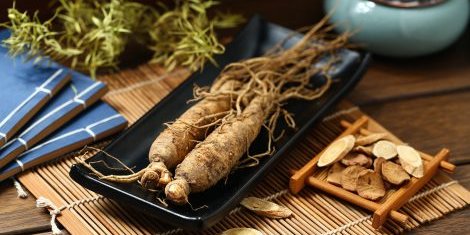 Ginseng is often seen as the great elixir, one of the most popular of herbs. But like many things in life, there’s always something else that is almost quite like it – but not as expensive.  It may look a bit like the real thing. And it has a lot of its abilities.

Let us introduce you to: Codonopsis pilosula  – known as the “poor man’s ginseng” – a flowering plant, but milder and far less costly than ginseng.

Codonopsis pilosula has many remarkable attributes, like ginseng. It is used to boost the immune system, promote mental sharpness and memory an also nourish vitality in Chinese traditional medicine. Codonopsis is a genus in the family Campanulaceae. There are about 40 codonopsis species worldwide.

To be clear, codonopsis is similar but somewhat weaker compared to ginseng. But when it comes to price, Codonopsis is considered totally affordable, unlike ginseng. The herb is known by a variety of names, Dang Shen, Bellflower, Bonnet Bellflower, Bastard Ginseng and yes, “poor man’s ginseng.”

Although not a ginseng at all, codonopsis has similar properties as ginseng.  Under Chinese traditional medicine, Codonopsis radix, for instance, is known for enriching the blood, and promotes the production of body fluids. It is also used to reduce stress.

Codonopsis is considered a nourishing herb that reduces fatigue, and help to increase red blood cell counts and hemoglobin levels.

Various codoponsis species contribute to multiple bioactivities through the many ingredients it holds: polyacetylenes, phenylpropanoids, alkaloids, triterpenoids and polysaccharides, according to various studies. It also contains a variety of sugars, phenols and trace alkaloids, among other ingredients.

Codonopsis is a perennial herb, with a slightly curved cylindrical root, with cream to grayish brown skin. Stems are twining, long and branched. Most of the varieties of codonopsis are considered shade-loving vines.

Its Varied Impacts on Health

Codonopsis is among the Chinese medicinal herbs that may be useful for treating diabetes and reducing diabetic complications through protective effects on pancreatic cells, according to a study of animals published in the Journal of Ethnopharmacoloy.  The results showed that it was effective in decreasing the blood glucose level in chronic treatment by improving beta-cell function.

Codonopsis pilosula is a common ingredient in the recipes of soups and steamed dishes but can be used in various forms such as tea and tablets.

Of course, it’s such a cousin to ginseng, some herbal tonics may label it that way. So check it out.