A Cancer Fighting Tree In China 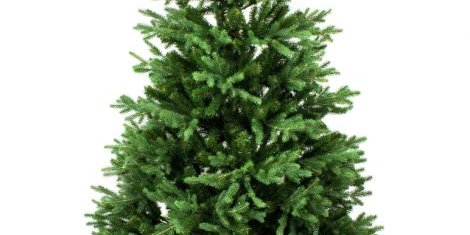 A cancer fighting tree – Researchers are studying a tiny family of fir trees in China in hopes of finding its potential to decrease cancer-causing proteins.  It is special work because there are only a few of the trees left in the world.

The trees can grow as high as 6,000 feet and are known as Abies beshanzuensi, native to Baishanzu Shanin, the southern Zheijiang province in eastern China.

The trees have special molecules, which include proteins that are inhibitors of SHP2, a type of cancer-causing protein. As a result, scientists are pinpointing the protein for treating cancer, according to the Purdue University, citing a study in the Journal of the American Chemical Society.

Targeting proteins are not unusual because some can assist with the growth and spread of tumors.  In addition, targeted therapies interfere with specific proteins that helps tumors grow and spread.

Unlike many of the molecules now used to target Shp2 now, the molecule discovered by Purdue researchers form a chemical bond with the Shp2 protein. That bond is considered longer lasting.  It bonded with an FDA approved cancer drug that targets DNA for potential combination therapy. The drug Etoposide, which is used for multiple types of cancer.

“This is one of the most important anti-cancer targets in the pharmaceutical industry right now, for a wide variety of tumors,” said Mingji Dai, an organic chemist at Purdue University said, according to the journal.  “A lot of companies are trying to develop drugs that work.”

Studies show that Shp2 is associated with many cancers, including breast cancer, leukemia, lung cancer, liver cancer, gastric cancer and others.  Because of that link to many cancers, Shp2 is being investigated. “Based on the structure and function of Shp2, scientists have investigated specific mechanisms involved in cancer. Shp2 may be a potential therapeutic target,” according to the Journal of Cellular and Molecular Medicine.

It adds: “In cancer, Shp2 plays different roles in various (tumors) and different microenvironments. Although great progress has been observed in studies focused on Shp2-related mechanisms, specific processes involved in such mechanisms should be further investigated.”

While targeted therapy and drug resistance is a main focus in cancer research, many molecular interactions are unknown and therefore more study is important, researchers said.

Researchers are examining the structural features of Abies beshanzuensis, particularly on lignin. structural materials that support some plants. “Lignin are particularly important in the formation of cell walls, especially in wood and bark” and do not rot easily, experts say.

Chemists in China were initially studying the tree Abies beshanzuensis, for the possibility of treating diabetes and obesity. But the tree apparently wasn’t as effective for those conditions.

Examining the tree for its potential cancer-fighting potential has opened the door for more studies and scientists don’t want to waste time. That’s because the tree is almost extinct, according to Purdue researchers. Organizations described the tree as critically endangered.

When the tree was discovered years ago, only several trees were found. By 1987, there were only three trees left in the wild, making it among the most rare – if not the rarest – conifer in the world, according to the Purdue study. New plantings have been successful, but the species is still endangered.

As a result, researchers are racing against the extinction-clock to better understand these trees, as they could inspire powerful new ways to treat various cancer,” according to Dai, the journal said.