One World Of HealthCare, Different Visions 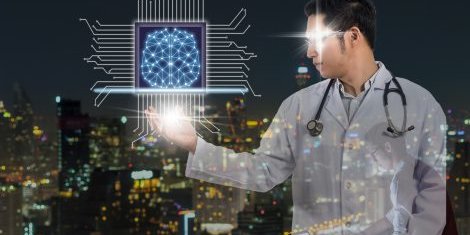 The universe of Chinese and Western medicine is often two different worlds but sometimes combine as one so one World of healthCare, different visions.

Traditional Chinese medicine is a broad aspect of Eastern medicine that shares common concepts that have been in tradition for at least 2,000 years, and which includes herbal medicine, acupuncture, massage exercise and dietary therapy.  Chinese medicine practitioners use natural, non-invasive forms of treatment that typically include herbs.

While Western medicine practitioners may recommend pharmaceuticals, physical therapy, surgery or psychological counseling Chinese medicine usually forsake that and looks into a patients’ eyes, tongue or complex, or feels their wrists.

Despite their differences, some practitioners are looking into both modes of care, the holistic practiced in Chinese medicine, and medication for the disease of the West.  Some patients are told to try both of the methods first, such as for pain, and then adding the other as needed, and making room for both methods.

The core philosophy of the Eastern whole-person approach is that mind and body are interconnected.  Evidence has shown that psychological issues play an important role in treating illnesses, buttressed by clinical trials showing the importance of mind-body therapies to treat chronic pain.

Nearly 30 percent of adults report using complementary and alternative medicine approaches outside conventional Western Medicine, according to the Mayo Clinic.  The National Center for Complementary and Integrative Health (NCCIH) mentions many natural products, including dietary supplements and herbal remedies, and mind and body practices, and other complementary health approaches

There are many Eastern medicine practitioners already working at healthcare facilities across the United States, offering complementary and alternative medicine to patients.

The Chinese approach, embracing the Eastern philosophy, essentially taps into health as the balance, versus disease being the unbalanced state. The key substances are aspects of the qi, or chi – or the life force energy – that flows within the body. Each person is made up of a unique balance of these elements, which are associated with different seasons, colors and organs of the body.

When the elements become unbalanced of the flow of qi is impeded, health problems occur. Chinese medicine practitioners seek to restore flow and balance to help the body heal itself.

More academic institutions are looking at the diagnostics to bridge both philosophies.

National University near San Diego, Calif. runs a Whole Health Clinic that provides instruction in chiropractic medicine, naturopathic medicine, and massage therapy.  In the college’s MSOM and MSAc programs, students learn to use Eastern and Western approaches to find the best care and treatments.