Medical Imaging To Help Find The Unknown In Neurological Disorders 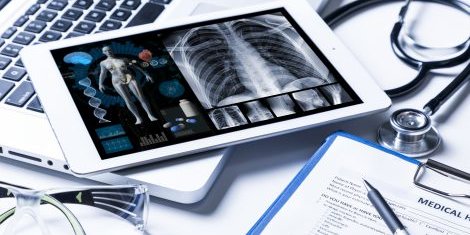 Researchers are finding through medical imaging that the body’s cells work essentially the same way as those rescuers, taking a short cut from the skull to the brain in what they are calling a “secret tunnel” inside the head to fight off infections and brain disorders, according to the National Institutes of Health.

These cells – known as immune cells – move through the skull’s bone marrow to the lining of the brain in a previously unknown direct route, according to a study published last month. It was funded in part by the National Institutes of Health and published in Nature Neuroscience.

The  Scientist, commenting on the study, noted: “Immune cells travel through these passageways to get to the injured tissue quickly.” The discovery may play a key role in helping scientists understand how inflammation spurs recovery, and additional brain function.

Neurological disorders, which have been described as posing an ever increasing threat to public health, is becoming a major focus in Traditional Chinese Medicine, which can provide new strategies for therapy.

These disorders and diseases include “ischemic brain injury, Alzheimer’s disease, Parkinson’s disease, and spinal cord injury, which are induced by impairment or specific degeneration of different types of neurons in central nervous system,” according to separate research in BioMed Research International.

Applying to TCM, a process known as “molecular imaging” – described as a promising technology – is used to assess disease states, it said.

That research and the latest discovery about how the immune cells work through the tunnels from the skull to the brain reflect how Western and Eastern medicine researchers are finding ways to combat neurological diseases.

“We believe that a combination of TCM and modern molecular imaging techniques will initiate new approaches for neurological diseases treatment,” said the study.

Bone marrow, the tissue that appears spongy inside our bones, produces red blood cells and the immune cells that fight off injuries, injuries and allergic reactions. The most numerous of these immune cells is known as neutrophils, and they patrol for problems by circulating in the bloodstream, according to the National Institute of Allergy and Infectious Diseases.

“With the help of advanced medical imaging techniques, the researchers watched neutrophils moving through the channels. Blood normally flowed through the channels from the skull’s interior to the bone marrow, but after a stroke, neutrophils were seen moving in the opposite direction to get to damaged tissue,” it said in the statement.

The finding that the tiny tunnels can provide a quick way for immune cells to respond to brain issue may help researchers learn more about the brain responds to injury and disease. “We always thought that immune cells from our arms and legs traveled via blood to damaged brain,” Fran Bosetti, program director at the U.S. National Institute of Neurological Disorders and Stroke said in a statement. “Inflammation plays a critical role in many brain disorders and it is possible that the newly described channels may be important in a number of conditions. The discovery of these channels opens up many new avenues of research.”

These findings “indicate that the injured brain and skull bone marrow may ‘communicate’ in some way that results in a direct response from adjacent leukocytes, according to the press statement about the study.

Chinese medicine is sometime used as practitioners work to repair damaged neurons or improve neural regeneration through many imaging techniques and herbal formulas.

The study noted: “Current therapies, mainly focusing on western therapy such as interventional procedures, surgery and synthetic drug, are limited in their ability to improve neural function because they fail to repair damaged neurons or improve neural regeneration.

One of the most well-known TCM formulas to treat strokes is the Bu-yang Huan-wu decotion. That is composed of Radix Astragali membranaceus, Radix Angelicae Sinensis, Radix Paeoniae Rubra, Rhizoma Chuanxiong, Semen Persicae, Flos Carthami and Lumbricus.  The study said that the Bu-yang Huan-wu decoction has been shown to “successfully improved the neurological deficits” in the brain.