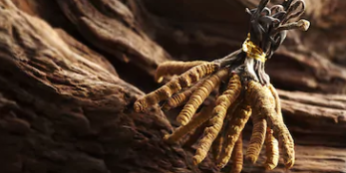 Cordyceps has been used to boost and support energy for centuries. Himalayan Sherpas have used it to sustain energy as they endure the low-oxygen atmosphere at the higher altitudes. Traditional medicines have used it this way too, but discovered it also improves immune response making it a safe and natural way to maintain great health!

Cordyceps is an herb that it comes from a fungus native to the high altitudes of the Himalayas. It’s sometimes called the “caterpillar” fungus as it infects and then grows on specific types of caterpillars. The legend goes that people started using it centuries ago after observing its incredible invigorating effects on livestock.

What’s interesting about cordyceps is how it supports the immune system. It both enhances and inhibits immune response depending on the situation. This adaptive, modulating effect makes it effective at helping the immune system fight bacterial, fungal and viral infections while reducing the intensity of autoimmune responses.

The innate immune system goes to work in response to wounds and injuries, or when it recognizes germs and attacks. The system involves cooperation between cells and immune cells. Basically, when non-immune cells call for help, the immune system cells get to work.

A lot of research done with animals has shown a variety of ways cordyceps aids the innate immune system to respond to bacteria, pathogens and tumors.[i]

More recently, two studies have tested the effects of cordyceps on people.

The Korean study noted above also reported levels of Th1 cells of the adaptive immune system also increased. These results match in vitro and animal studies which have found cordyceps:

These different effects combine to produce a more efficient response from the adaptive immune system. Additional research suggests the effect involves the immune system in the digestive tract as well.

Regulates and Supports Immune Response in the Gut

In the gut, cordyceps activates Peyer’s patches. These immune cells in the ileum section of the small intestine act as sensors to identify dangerous bacteria, trigger the immune response and help the immune system develop a response to pathogens. By stimulating activity in these patches, cordyceps has been shown to help collaborate response between both the innate and adaptive immune system in the gut.

With 80% of immune response taking place in the digestive tract, this suggests cordyceps helps to prompt the destruction of pathogens and limit infection before they become a problem.

Mast cells play a big role in allergic response. They release histamine and other inflammatory compounds which produce the physical response of swelling, mucus production and more. An active component in cordyceps, appropriately called cordycepin, has been found to regulate production of mast cells in some allergic reactions and autoimmune conditions, specifically those triggered by a specific immune cell called TSLP.

Researchers have identified that polysaccharides in cordyceps also act as antioxidants. Research so far has found this helps the immune system by protecting against the oxidative stress caused by toxins and pathogens.[viii]

One of the ways cordyceps boosts energy is through improving oxygen access to cells. While oxygen is important to energy production, it’s also important to the immune system to neutralize and destroy infectious pathogens too.