Deer Ticks: Moving Into The Neighborhood 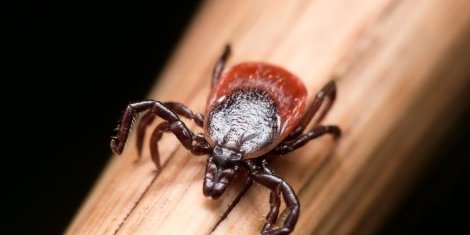 You may not think of being bitten by a deer tick as you walk through your suburban or urban neighborhood. But, it may be time you do. Deer ticks are not just inhabitants of large forested areas. In fact, it is small wooded neighborhood parks and open grassy areas their reservoir hosts love the best.

You Should Care Because…

The concern with deer ticks is the potential for them to carry the bacteria that causes Lyme disease. And Lyme disease is on the rise. The CDC reports the disease has steadily increased in the last 25 years. More than 75 percent of insect-borne diseases come from ticks according to the CDC. While deer tick concentration is highest in the Northeast and Upper Midwest, it is spreading.

The Neighborhood Hangout for Ticks

According to a National Science Foundation (NSF) report, high populations of deer ticks are more predominant in what scientists call “forest fragmentations.”  These are small patches of woods in suburban and urban areas of about five acres or less. Researchers at the Carey Institute found that wooded regions with less than three acres had three times more ticks and seven times more infected ticks. In tested areas, eighty percent of the ticks were infected.

In other words, you don’t need to go camping or hiking in the woods to get bit by a deer tick. It can happen in your neighborhood. And it’s not just you or your family that need to be concerned. Veterinarians increasingly see more pets with ticks from urban and suburban communities.

Deer Get a Bad Rap in the Tick World

The reason that these areas are more infected than forests is that the primary carrier of Lyme disease bacteria, the white-footed mouse, prefers smaller wooded areas where there are fewer predators and less competition. A researcher studying tick-borne diseases said he’s found up to 100 ticks on mice.  Unlike other animals, mice aren’t bothered by ticks.

The great misconception is that deer are the reservoir host for Lyme disease.

Deer are reproductive hosts for the ticks. The ticks take up residence on the deer to feed on their blood before dropping thousands of eggs. Deer do not carry the Lyme disease pathogens. Mice, other rodents, and some birds carry the bacteria that cause Lyme disease.

Ticks live in high grasses, bushes, leave debris, and wooded areas.  Deer tick season is from the time the weather starts to warm in the spring until after a couple of hard frosts in late fall.

An Ounce of Prevention: Not Necessarily Enough

While the CDC recommends staying on trails in parks or wooded areas to prevent from becoming a deer tick host, people have gotten ticks even after taking these and other preventative measures. Ticks can land on your clothes or pets while walking on paths. They can then travel to your body sometime afterward, such as when you remove your clothes after you get home.

While it is essential to use defensive steps not to be a host, it is also important not to assume that a tick has not bitten you. Check your entire body, your children, and your pets after walking anywhere there are bushes or tall grasses.

When you get home, also remove your clothes and launder them. Take a shower; check your entire body; use a full-length mirror to inspect the back of your body or have someone check it for you. Ticks like moist areas and places where there are creases in the body. The groin, underarms, and back of the knees are favorite places. Also, ladies make sure to look under your breasts. Check your pets thoroughly; you may even want to bathe them.

Where to Go for Help Just in Case

Remove ticks promptly. However, they also need to be appropriately removed so that all the tick detaches from the body. Below are links to the CDC and Mayo Clinic on Lyme disease, tick removal, prevention, and symptoms.

Symptoms of Lyme disease include a rash, fever, headache, and fatigue. Lyme disease takes 36-48 hours to develop after being bitten by an infected tick. However, anytime you find a tick on you or a family member, it’s a good idea to save it and make an appointment with your doctor. Better to err on the side of caution where ticks are concerned.

One reason to do this is that scientists in the last 50 years have found at least twelve new tick-transmitted diseases. Heartland and Bourbon viruses are two new tick-borne diseases that can be life-threatening. Currently, the Midwest is the only place where these ticks are found.

Enjoy your time your time outdoors. But, be aware that ticks may have invaded your neighborhood; take precautions and get in the habit of checking for ticks after being out in nature even if it is your backyard.

Anderson, Barbara. Her illness was a mystery; it was a tick bite that killed her. Now mom awareness. Retrieved from http://amp.fresnobee.com/news/local/article210211434.html.

Sun, Lena H. Diseases spread by ticks, mosquitoes, and fleas more than tripled in the U.S. since 2004. Retrieved fromhttps://www.washingtonpost.com/news/to-your-health/wp/2018/05/01/diseases-spread-by-ticks-mosquitoes-and-fleas-more-than-tripled-in-the-u-s/?utm_term=.eede3bb4ca0f.