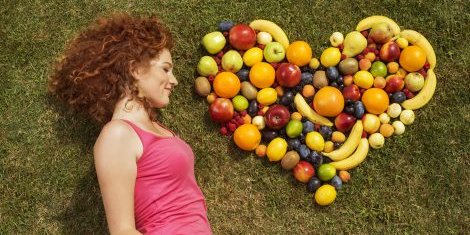 eart disease is the leading cause of death for women, killing one woman nearly every minute. More women die from coronary heart disease than from any cancer.

Sixty-four percent of women who have died from heart attacks had no previous symptoms. Some of it can be attributed to the fact that many women don’t seek medical attention for a heart attack because they are frightened and put their families before themselves, says Dr. Nieca Goldberg, the medical director for Joan H. Tisch Center for Women’s Health at NYU’s Langone Medical Center.

Heart attacks happen when the arteries to the heart become wholly or partially blocked with a buildup of cholesterol, fat, and plaque. According to Laxmi Mehta, M.D, author of a recent study on heart attacks and women points out several differences in women and men who have heart attacks. For one, she says plaque can forms differently in women.

Plaque in some women and especially younger women doesn’t bulge in the arteries in a way that is detectable and so makes it hard to discover on routine tests. Also, stents that are the typical treatment to open blocked arteries are not useful for this type of plaque buildup.

She also found in her research that:

Even after surviving a heart attack, women tended to have more complications while in the hospital like bleeding, heart failure, and shock. Also, women were less likely to take prescribed medications or participate in cardiac rehabilitation.

Heart attack symptoms in women often go unrecognized. For many decades, there was one set of symptoms for a heart attack based on men’s experiences. The assumption was they were the same for women.

However, in recent decades new studies show that women can have different heart disease symptoms. For example, it’s typical for men to have the feeling of an elephant on their chest during a heart attack. While this can also be a symptom for women, they may have a heart attack without the chest pressure.

Heart attack signs can vary from person to person. For example, some women after having a heart attack said they thought they had the flu or acid reflux. In other words, women may have subtle signs that signal a heart attack.

As mentioned, while the most common sign of a heart attack is chest pain or discomfort, not all women will experience it. Other symptoms include:

Since heart disease is the leading cause of death for women, it’s important for women to work with their primary care practitioner to learn their risks. In addition, women need to be proactive when it comes to having symptoms that are out of the ordinary and seek medical attention quickly.