What’s That Buzz I Hear? Watch Out For Mosquito Bites! 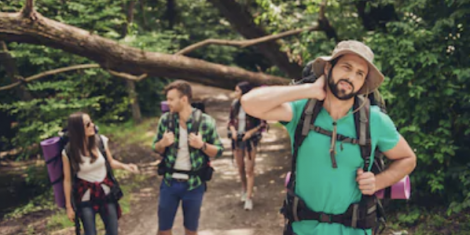 With spring here and summer around the corner, the lure of being outside is enticing. Gorgeous days, great walks, gatherings with friends and relatives, exploring trails and parks. All for the taking! Watch out for mosquito bites as well.

As it’s also the time to prepare for mosquito bites. That doesn’t seem unusual, right? Who hasn’t gotten bitten? For the most part, you are thinking of a mild inconvenience.

But something is going on.

Mosquitoes are moving into new areas and spreading new types of infections and viruses never before seen in the U.S.

That means we should be extra careful about trying to prevent the bites.

Mosquitoes are everywhere and almost everyone is at risk of a mosquito bite. Most of these bites are harmless, but can cause severe illness for a person when bitten by a disease-carrying mosquito.

Illnesses from mosquito, tick and flea bites have tripled in the U.S. with more than 640,000 cases reported during the 13 years from 2004 through 2016, according to the Centers for Disease Control and Prevention. Nine new germs spread by mosquitoes and ticks were discovered or introduced into the United States during that time.

The CDC says there are major reasons for the surge in mosquito-related diseases and it’s no surprise: global travel, commerce, culture and tourism. With that global trafficking, so do the diseases spread.

Mosquitoes bite during anytime of the day and night, and live indoors and outdoors, according to the CDC.  One thing they always do: they search for warm places and enclosed areas such as garages, sheds or number or inside homes, the CDC says. Except for certain areas, mosquito season starts in the summer and continues in the fall.

Zika and West Nile are among the more well-known diseases carried by some mosquitoes. There are even some diseases that you may not even know about, such as chikungunya. Have you heard of that one? Or what about La Crosse encephalitis or St Louis encephalitis?

The Zika is spread mostly by the bite of an infected Aedes species mosquito. Most people infected with a Zika virus won’t have symptoms or have only mild symptoms, which include fever, rash, headache, joint pain, red eyes, and muscle pain. People usually don’t get sick enough to go to the hospital and they very rarely die of Zika. Zika can be passed from a pregnant woman to her fetus. Once a person has been infected with Zika, they are likely to be protected from future infections.

Most people infected with West Nile also do not have symptoms, and about one in five who are infected develop a fever or other symptoms. About one of 150 develops a serious, sometimes fatal illness.

The most common symptoms of chkungunya virus infection are fever and joint pain. Other symptoms may include headache, muscle, pain, joint swelling or rash.

Protecting Yourself Against Mosquitoes

If possible, wear long-sleeved shirts and long pants when you are outside. Inside the home, try to keep the mosquitoes outside by using air conditioning or window or door screens, the CDC says.  If you are not able to protect yourself from mosquitoes inside your home or hotel, sleep under a mosquito bed net.

Natural Ways to Deal With Mosquitoes

Sesame oil can be used to ward off mosquitos for hours. Itching appears to be a constant when it comes to mosquito bites, and there are a host of natural formulas used to treat itching, including Aloe Vera, which has anti-inflammatory, soothing properties, banana peels, garlic, and tea bags that help draw toxins out of the skin.

People who enjoy the outdoors should be on the look-out for ticks. They can attach to anybody who brushes past grass or plants. It can take several hours for a tick to attach and begin transmitting the disease, so the quicker a tick can be found and removed, the better.  Most tick bites are not serious since the insects do not always carry diseases. In cases when the ticks are infected, their bites can be dangerous and they can transmit Lyme disease.

If you find a tick on your skin, use tweezers to grasp it as close to the skin as possible, pull upward with steady, even pressure. Don’t twist or jerk the tick, which can allow parts of it to remain in the skin. If that happens, remove its mouthparts with tweezers. After removing the tick, clean thoroughly.  Tick bites can result in fever/chills, headaches, fatigue, muscle or joint pain or rash.

Lyme disease is caused by the bacterium borrelia burgdorferi and is transmitted to humans through the bite of infected blacklegged ticks. Typical symptoms include fever, headache, fatigue and a characteristic skin rash called erythema migrans.

If left untreated, the Lyme disease infection can spread to joints, the heart, and the nervous system.