What The Blue Zone Can Teach Us About Longevity 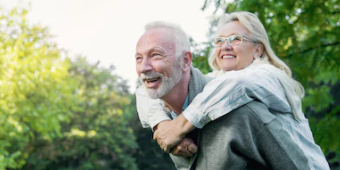 Biology is stacked against us when it comes to living to a hundred years old. Humans along with all the other forms of life are designed to procreate, not live to a hundred. Consider this eyebrow-raising statistic: The average sixty-five-year-old cells are aging about 125 times faster than a 12-year-old’s because the replication of cells become weaker as we age. What the blue zone can teach us about longevity?

The good news from a Danish Twin study found that genetic makeup plays only a 10 percent role in longevity. Lifestyle, though, had a 90 percent role. So, there is hope. If lifestyle plays the more prominent role, the question then for Dan Buettner, a National Geographic Fellow, and a team of experts were what were those lifestyle factors?

The search for how lifestyle contributed to living long was the impetus behind the discovery of the Blue Zones. The Blue Zones are areas around the world where people live long lives (past 90) without common chronic diseases, such as heart, Alzheimer’s, and diabetes.

The researchers not only identified several cultures where longevity is the norm they also found they had mutual characteristics. These are five places recognized as Blue Zones.

This highland area of Sardinia is an area where men lived longer than women. There are ten times more centenarians in Nuora than in America. The community is populated by shepherds who walk about five miles a day, eat a mostly plant-based diet, eat cheese from grass-fed cows, and drink wine with the highest polyphenols in the world.

While these things contributed to their longevity, researchers believed a big factor was the social equity older people have within their families and community. The elderly are respected and venerated. Research shows close familial relationships and respect adds between four to five years to one’s age. This “grandmother effect” is also good for children; they have lower mortality and disease rates.

Women in Okinawa live beyond 100 years old, making these women both the longest-living and most disability-free in the world. They tend to die quietly in their sleep. Family plays a prominent role as well as having close social bonds. Moai is an informal social structure in Okinawa where lifelong friendships of about five or six friends help you on life’s path. You share your luck with your friends and help them through life’s difficulties.

Again, a plant-based diet is prominent. Importantly, Okinawans are mindful of how much they eat at meals. Before each meal, they say, “Hara hachi bu.” Hara hachi bu is a Confucian concept that translates to stop eating when the belly is 80 percent full. The reason behind the saying is because it takes twenty to thirty minutes for the brain to receive the message of fullness.

In the U.S., the longest living people are Seventh-day Adventists, a conservative Protestant Christian sect in the Loma Linda area. Adventists in the Loma Linda area live on average ten years longer than other Americans. Unlike some of the other Blue Zones, this community is very heterogeneous, not only by gender but also by culture.

Seventh-day Adventists also emphasize a plant-based diet and holistic lifestyle. They are very community oriented and observe a 24-hour period from sundown on Friday to sunset on Saturday to reflect and recharge. The “24 hour in time sanctuary” is taken seriously. Nothing else comes before it. During this time, they practice their religion, socialize, and walk in nature. Nature walks are done every week throughout the Seventh-day Adventist’s lifetime.

On average, people in Nicoya live past the age of 90. Fresh foods from legumes, squash, corn, and fruit contribute to the longevity of the people from Nicoya. They spend a great deal of time outside, and older people live with their families.

Healthy mental and spiritual attitudes framed around the concept of “plan de vida” or one’s life purpose plays a significant role in the longevity of the people of Nicoya. A reason to live combined with a positive attitude, laughing, and listening are other elements researchers found that contribute their ability to live long.

Taking daily naps is a habit that helps Ikarians live past 90 without dementia and sickness. A relaxed lifestyle, an outdoor lifestyle, strong family and social ties lead to a long life for Ikarians.

Ikarians naturally incorporate exercise into their daily life as they garden and visit friends. Also, the Mediterranean diet which consists of large amounts of plant-based foods, fish, extra virgin olive oil, and is low in dairy plays a major contributor to longevity in this Blue Zone area. They are also fond of herbal teas.

The Blue Zone researchers found the answer to the question about what kinds of lifestyles contribute to longevity among these cultures. They shared these simple commonalities:

When it comes to longevity, the Blue Zone study found that it doesn’t take money to live a long healthy life. Also, no pill, special exercise, or magical formula will take you to a hundred years of age. What adds years to life are simple things like taking life slowly, eating healthy, communing with supportive people, and exercising naturally.

Buettner, Dan. How to Live to be 100+. Retrieved from https://www.bluezones.com/live-longer-better/#section-1.