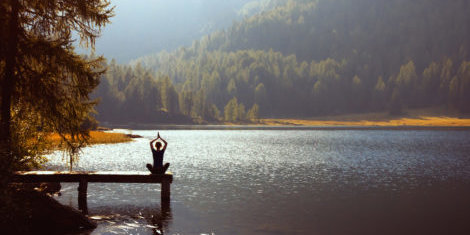 The history of Traditional Chinese Medicine (TCM) began long before the origin of the philosophy of yin-yang. Two early texts, The Yellow Emperor’s Medicine Classic and Classic Herbal Medicine, appeared as early as 2,500 BCE. The Yin-Yang theory didn’t become an integrated element of TCM until more than two thousand years later!

Once introduced, yin-yang theory quickly became essential in the practice of TCM and the understanding of health. Today, the principles of yin-yang theory lie behind modern practices of holistic, integrative and preventative medicine. The theory is simple. The human body, however, is complex. For yin-yang theory, this complementarity makes perfect sense. It also positions TCM to continue evolving and providing innovations to promote health and well-being for people all around the world.

In itself, yin and yang is a theory or philosophy that explains relationships. It began through observation of nature. Day has night. Sky is up and lacks substance; earth is down and solid. The sun shines on one side of a hill, but the other side lies in shadow.

Yang expands and possesses energetic qualities. Yin contracts and is still. These two aspects complement each other, as can be seen from the well-known yin-yang symbol. The symbol reflects that each needs the other as in the fullness of each side is a small circle of its opposite. The yin-yang symbol shows perfect balance.

Yet, the theory of yin-yang acknowledges that they are in a constant state of change. Day is always moving toward night and vice versa. Yin, containing some yang (that little circle in the symbol) can become yang. And yang can become yin.

These dynamic energies always move toward balance, but being dynamic and always changing, balance is not the ideal. Harmony is. This idea of harmony is the significant contribution of yin-yang theory to medicine. It is not enough to have systems in balance. They must be working together in harmony.

Practitioners of Traditional Chinese Medicine seek to balance yin-yang. In practice, this means supporting the body’s different systems, so they work together. Holistic and integrative medical practices would call this encouraging the human body’s innate healing processes.

In TCM, this requires viewing health not as an isolated problem (say, high blood sugar), but as a part of the whole (dietary, metabolic or genetic factors that contribute). The TCM practitioner applies “eight principal patterns” of disharmony in pair patterns, ie., interior/exterior, to reach a diagnosis. The yin-yang theory directs practitioners to seek the root cause of illness and disease whether they are physical, mental, emotional or spiritual, rather than treating symptoms.

Applications for the Future

Epidemics of “modern diseases” like high blood sugar, heart disease, obesity and much more run rampant around the globe. From a macro-view, the yin-yang theory would see these as symptoms of larger social and cultural issues. The theory can further be expanded into the application of technology and medicine in the treatment of disease. Instead of a standard based on isolated treatment, yin-yang theory suggest an approach that restores balance to the entire system.

In relationship to personal health, yin-yang theory enables a healthcare provider to empower a patient as together they search for the root cause of disease and restore harmony.