The Sweetness Of Licorice Root – But Don’t Have Too Much! 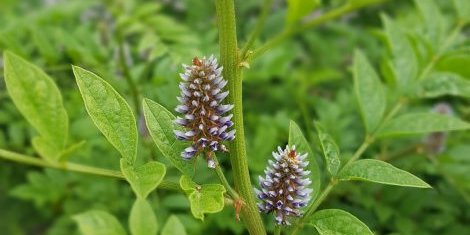 There are many roads to different herbal formulas, and one of the most well traveled and loved is licorice.  It was regarded as the Teacher of Emperors in the kingdom of herbs.

The licorice root, also known as Gan Cao and Radix Glycrrhizae, is considered a harmonizer in Chinese herbal formulas, and is one of the most common of Chinese herbs, known as a sweetener and also a thirst quencher.  Licorice has been used as a medicine in China for over 2,000 years.

Many discuss the health benefits of licorice, for sure, but also its popularity in many prepared food products, ranging from chew sticks to snacks, and in soft drinks.  It is used as an extract, powder and supplement.  It is an ingredient in pills, capsules, candies, teas and liquids.

There are other sides to licorice and there are concerns, too, about detrimental impacts with too much use, its interaction with other herbs and medications that users should be concerned about.

The Sweetness of Licorice

Licorice is a sticky, sweet black extract derived from the root of the plant Glycyrrhiza. It is a member of the Fabaceae (Leguminosae or pea), family.  It is a perennial, cylindrical in shape, having brownish or reddish brown skin, with erect stems, and bristles in white.

There are over 20 varieties of the Glycyrrhiza plant. The licorice stick is the fleshy underground stem that can reach up to 20 feet from the main root. Glycyrrhiza glabra, commonly known as licorice, is an herbaceous perennial.

Licorice (Glycyrrhiza glabra) root derives some of its medicinal properties from the isoflavonoid glabridin. Glabridin inhibits cyclooxygenase activity and has an anti-inflammatory effect and an anti-platelet effect.

The sweetness of licorice is from glycyrrhizin, which is estimated about 50 times sweeter than sugar, one of the sweetest natural substances.

Some candies taste as though they contain licorice extract, but they are actually flavored with anise oil, which tastes similar to licorice.

DGL is used for anyone who has specific health issues where the glycrrhizinate may cause side effects. Glycyrrhizin is considered to be the main active component of licorice, and inhibitor of cortisol metabolism, due to a steroid-like structure.

Licorice root has been widely used around the world to treat cough since ancient times, and its active compounds include glycyrrhizin, glycyrrhetinic acid, flavonoids, isoflavonoids and chalcones.  The root of this plant had been used for cough, colds, asthma and COPD.

Licorice has anti-inflammatory and anti-allergic functions, prevents ulcers, inhibits gastric acid secretion, relieves gastro-intestinal smooth muscle spasm, eases pain and works in coordination with Paeniflorin, which is the active ingredient of peony.  It also promotes the secretion of pancreatic juice.  It also relieves cough significantly and has antibacterial and antiviral effects.  Studies also have demonstrated that licorice has had positive effects in treating viral infection. It is also used in a variety of cough conditions and muscular spasms.

Glycyrrhizin, the compound in licorice root, has been tested in a few clinical trials in hepatitis C patients, but there is not enough evidence to determine if it is helpful, according to the National Center for Complementary and Integrative Health. However, laboratory studies conducted in Japan suggests, however that glycyrrhizin may have some effect against hepatitis C.

There’s some evidence that topical licorice extract may improve skin rash symptoms, such as redness, swelling and itching.

A Finnish study of mothers and their young children suggested that eating a lot of actual licorice root during pregnancy may have a child’s developing brain, leading to reasoning and behavioral issues, such as attention problems, rule-breaking and aggression.

Combining the herbal compounds of Radix aconite carmichaeli and licorice could regulate calcium proteins and protect the heart, according to a team of researchers from Zhejiang Chinese Medical Universityin China studied whether the active components — aconitine, liquiritin, and glycyrrhetinic acid — found in Radix aconiti carmichaeli and licorice could lead to the regulation of intracellular calcium homeostasis and calcium cycling, which could affirm their therapeutic properties.

The product can increase your risk of experiencing side effects when combined with certain other supplements. It has health risks of its own, so talk with your doctor if you plan to take licorice root extract regularly.

Patients should check with a doctor because it can retain water, sodium, and chloride and increased excretion of potassium.  Because licorice is used to flavor chewing tobacco, it has been associated with hypertension, sodium retention and hypokalemia. Lactating women should avoid excessive amounts of licorice.

A paper in Therapeutic Advances in Endocrinial Metabolism says that while licorice extract has always been recognized as a sweetener and thirst quench, its nutritive value is overrated by many who consume significant amounts of licorice and may be prone to complications.

It says that despite its apparent use in a few clinical scenarios, the daily consumption of licorice is never justified because its benefits are minor compared to the adverse outcomes of chronic consumption.  Licorice ingestion/toxicity has been linked to fatal arrhythmias and cardiomyopathy.