The Philosophic Understanding Of Climacteric Syndrome 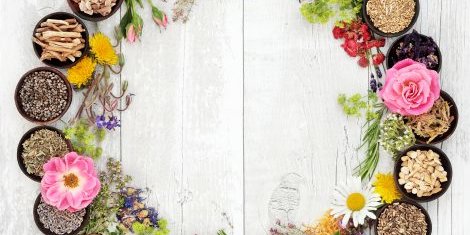 Recently raised concerns regarding the safety hormone replacement therapy (HRT, may increase risk of breast cancer and heart disease) have led to increased utilization of complementary and alternative medicine (CAM), including traditional Chinese medicine (TCM). TCM is documented to have promoted women’s health for at least 2000 years. The earliest extant written documentation for diagnosis and therapy of climacteric symptoms on TCM is the Huang Di Nei Jing, literally the Inner Canon of the Yellow Emperor. It is thought to be the oldest medical textbook in the world, dating back to between 400 BCE and 260 CE (Unschuld,2003). According to the philosophic diagnostic concepts of TCM, climacteric syndrome was considered as the imbalance of Yin and Yang, the Zang-Fu and Basic substances (e.g. Qi, Blood and Essence). These concepts postulate balance and harmonization as the principle aim of a treatment.

The basic concepts of TCM

In TCM, Yin and Yang constitute the principle concept in the understanding of Chinese philosophy. Yin and Yang cannot exist without each other—they control one another and exist through this relation. In a healthy person, they are at dynamic equilibrium and maintain physical and mental well-being. The nature of Yin and Yang can also be transferred to physiological processes such as the menstrual cycle: for example, Kidney Yin relates to the factors which support the follicle’s growth and maturation while the effect of Yang begins to be felt in the menstrual cycle at ovulation.

The concept of Kidney Yin embraces aspects of pituitary function as well as ovary structure and function. Dispersing obstructions and aiding unfettered movement are important Kidney Yang functions at this time. During the ovulation period, there is much dynamic activity – the egg is launched out of its follicle and the fimbrial fingers embrace and guide the egg into the fallopian tube. The ?ve elements is another important conceptual scheme to describe symptoms and choose treatments in TCM. The elements “water”, “wood”, “?re”, “earth” and “metal” are associated with the Chinese organs (Zang-Fu) “kidneys”, “liver”, “heart”, “spleen” and “lungs”. It is very important to remember that these organs are not same notion as those described in Western Medicine. The ?ve elements are an elaborated equivalence system and comprise one of the conceptual models of the physiological homeostasis in TCM. To maintain a harmony of dynamic nature between Yin and Yang, the Five elements and several other conditions in our body, Qi, as a universal vital energy, is responsible for all kind of vital processes.

Menopause in TCM: a simpli?ed overview of Chinese physiology

In TCM, climacteric symptoms are attributed to “kidney insufficiency”. The ‘‘Chinese kidneys’’ are the store organs of the essence Jing, which is responsible for maturation and reproduction processes. In the aging process, Jing is consumed physiologically. The decrease of Jing may lead to an imbalance of Yin and Yang within the kidneys: ‘‘kidney yin de?ciency’’ and relative excess of Yang (in comparison to the decreased Yin).  Symptoms subsumed under ‘‘kidney yin de?ciency’’ are familiar to many menopausal women and comprise, e.g. hot ?ushes, vaginal dryness, sleep disorders, night sweat and recurrent urinary tract infections. While more dynamic processes/symptoms (e.g. sleeping disorders, agitation) are caused by the relative excess of Yang. Close interrelations between the different variables may cause further pathologies. The ‘‘Chinese spleen’’ will get into a state of imbalance – splenic Qi-de?cit as well, which is responsible for all varieties of digestive disorders, rapid exhaustion and headaches. Following the disharmonic ?ow of Qi, ‘‘Chinese liver’’ is the most endangered organ. The imbalance of ‘‘Chinese liver’’ will cause emotional instability. The multiple interactions between Chinese organs and their role in the regulation of the Qi ?ow are simpli?ed in Fig. 1 (Eisenhardt, 2016).

Fig. 1 The philosophic understanding of climacteric syndrome in traditional Chinese medicine. The ?gure illustrates the function of the ?ve important Chinese organs kidney, liver, heart, spleen and lung. According to the ancient theory, women in menopause are already weakened regarding their Qi. If Qi cannot be nourished by the food we eat (transformed by spleen) and the air we breathe (extracted by lungs) above that, Essence (Jing; a form of hereditary energy stock) is consumed and kidneys are further impaired. This process aggravates the physiological decline of Essence and can be responsible for menopause symptoms based on a so-called kidney-Yin-de?ciency. On the long run, this affects other organs: nausea, soft stools and poor appetite may be consequences of a weakened spleen. Excitability and migraine may be expressions of a liver-Qi-stagnation (smooth ?ow of Qi is blocked). The spirit Shen, usually residing in the heart and being responsible for consciousness, becomes deracinated thus the Yin root is weakened. Restless Shen appears in insomnia, anxiety and nervousness.

Based on the philosophic elucidation of menopause, the ?ve treatment principles of TCM [acupuncture, Chinese herbal medicine, TuiNa, activity (e.g. QiGong) and nutrition] have been described to enhance the process of harmonization. Among them, acupuncture can reduce the severity of symptoms caused by imbalances but is not able to fill up deficiencies of the substances (as Qi, Yin and Yang). This aspect is traditionally subject to traditional Chinese herbal medicine.