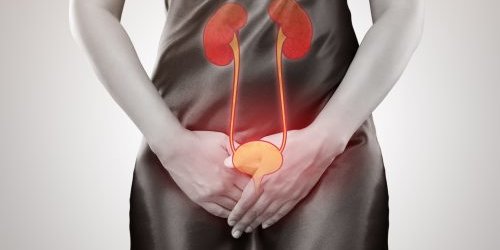 Millions of people are sidelined by the pain and discomfort, and talk only quietly about one of the most frequent human infections: urinary tract infections.

Some studies say urinary tract infections (UTI) affects a wide range of women from 10 percent to 50 percent, and accounts for more than 10 billion doctor visits a year. Women are impacted more than men – as many as 30 times more likely – simply because of the physical differences between the two. Almost 30 percent of who have had a UTI will have a recurrence or more, heading to the doctor’s office time and again, especially as they get older.

Symptoms of urinary tract infections include burning pain, and frequent urination, and also a less amount of urine, or a strong smelling, for younger women. Older women may be afflicted with dementia symptoms related to UTIs.

Antibiotics can prevent recurrent UTIs, but there is a growing concern about microbial resistance, side effects from treatment and lack of long-term benefits.

One of the best advice for trying to prevent UTIs is to drink plenty of water.

While Western medicine often treats UTI with medication, Traditional Chinese Medicine treats it as an acute kidney infection, attributed to damp heat. A variety of herbal formulas may be linked to treatment of UTI.

UTIs are often called bladder infections, but they involve the entire urinary tract. The urinary tract includes the urethra, which is the opening that carries urine from the bladder.

Escherichia coli is the primary bacterial cause of UTI’s but other organisms can also cause the ailment. Bacteria including enterococci and staphylococci are common causes of UTI for the elderly.

Women are more likely than men to get UTIs because their urethras are shorter than men’s. Expectant mothers also may be at a higher risk for kidney infections from UTIs because of pressure put on the urethra by the fetus. Postmenopausal women also are at risk because of estrogen deficiency. Estrogen has been known to protect the vagina and urethra from E. coli.  Sexual intercourse can push bacteria into the urethra.

Men can get a urinary tract infection through a bladder stone, a kidney stone, and enlarged prostate or chronic infection of the prostate, catheter use, and bacterial prostatitis.

The UTI risk increases with age for both women and men. The signs for UTI also may differ, such as confusion or being linked to dementia or other neurological conditions, making the diagnoses sometimes challenging.

Over the years, Traditional Chinese Medicine treats UTIs as they are related to kidney infections, with a long history of treating UTI symptoms.

Among the herbs and formulas involved in the treatment to strengthen kidney yin deficiency and for treating bladder infections are Ba Zheng San, Zhi Bai Huang Wan, and Long Dan Xie Gan Wan. Er Xian Tang is for treatment of acute infections in postmenopausal women. Astragalus and Rishi Mushroom have been scientifically demonstrated to boost the immune system.

A few studies have suggested Traditional Chinese Medicine as an independent response or connected with antibiotics for treating recurrent UTIs, during an acute phase of infection and they also may reduce recurrent incidents.  But the small number and poor quality of the included studies meant that it was not possible for formulate robust conclusions on the use of CHM for recurrent UTI in women either alone or as an adjunct to antibiotics.