The Link Between Low Carb Diets And Shorter Lifespan 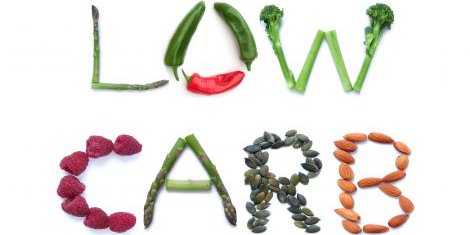 Low carbohydrate diets have been the rage for a few decades with new ones coming on the scene or old ones being revamped and repackaged. While they seem relatively new, low-carb diets have been around for a long time.

One of the first low-carb diets started in the mid-1800s when London physician, William Harvey, put William Banting, an obese undertaker on one. Because of the success that Mr. Banting had following the diet, Dr. Harvey wrote a low-carb diet book.

But, it was the Atkin’s diet in the early 1970s that led to the current low carbohydrate diet trend. Paleo, ketogenic, South Beach, and zero-carb are a few of the type of diets that trade carbohydrates for protein or fat.

While controlled trials have shown there are some health benefits to low-carb diets, the problem with the studies is that they were short-term. They didn’t follow participants over a long period. However, a study reported in Lancet Health followed 15,400 individuals for 25 years tracking among other factors their diet and age at death.

The researchers at Brigham and Women’s Hospital in Boston analyzed their finding and discovered those study participants who had 50 to 55 percent carbohydrates in their diet lived longer than the volunteers who ate a low-carb diet. However, those had carb diets of 70 percent or more lived about a year less than the half-carb group.

“No aspect of nutrition is so hotly contended on social media than the carb versus fat debate, despite the long-term evidence on health benefits firmly supporting the higher carb argument,” Catherine Collins, a dietician with the United Kingdom’s National Health Service.

However, there was an anomaly with those who ate a low carb plant-based diet. The group who ate a diet low in carbohydrate that contained plant-based protein and fat had a slightly lower rate of death than the half-carb group.

Researchers say the data suggests that the typical low carb diet that is popular in North America and Europe which is high on animal protein may shorten life expectancy. The data showed that it wasn’t the number of carbohydrates but the types of food that mattered.

They also recommend that people considering a low-carb diet should replace the carbohydrates for plant-based proteins and fat. Plant proteins are found in beans, nuts, lentils, soy foods like tofu, tempeh, and edamame.

The study did have limitations because participants self-reported on their dietary habits and were asked twice during the 25-year period. Also, because the study was observational, the results could not determine cause and effect.

However, research has consistently shown that diets high in red and processed meat protein and saturated fats are connected to developing a risk for diabetes, cancer, heart disease, and reduced life expectancy.

Other recent research results from the Medical University of Lodz in Poland coincides with the finding from Brigham Women’s Hospital published in Lancet Public Health. Their results found that people on very low-carb diets risk of dying was 32 percent higher than those who at the most carbohydrates. When death from heart disease or stroke was factored in, the risk of death was 50 percent higher than for those who ate carbs.

Maciej Banach, the study’s lead author, says, the findings imply that low carbohydrate diets may be suitable for short-term results. But, over the long-term, there is a high risk and little benefit.

A history of diets – from Byron to 5:2. Retrieved from https://www.theguardian.com/lifeandstyle/2013/feb/20/a-history-of-diets-byron-52

Dennett, Carrie. Cutting carbs could lead to premature death, if you replace them with the wrong things (September 19, 2018). Retrieved from https://www.washingtonpost.com/lifestyle/wellness/

Dennett, Carrie, Cutting carbs could lead to premature death, if you replace them with the wrong things, September 19, 2018. Web.