The Importance Of Selenium To The Immune System 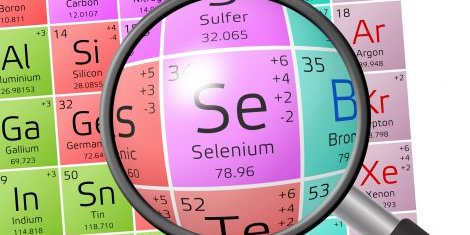 Selenium may be one of the most under-appreciated immune factors in the human body. When there’s talk about supporting the immune system, vitamin C, vitamin D, zinc, and a host of other vitamins, minerals and herbs get listed. Selenium rarely does, despite its essential role in immune response.

In this article, selenium will get the attention it deserves as we look at:

Selenium is a mineral, but for humans, it’s much more than that. For people, selenium is an essential micronutrient required for DNA synthesis, fertility, production of thyroid hormones and the immune system. As part of the amino acid selenocysteine, it is considered the 21st amino acid for its role in proteins that regulate inflammation.

Why Selenium is Important to the Immune System

In the study, researchers took 22 healthy adults with low selenium levels. For 15-weeks some received selenium while the others got a placebo. After 6 weeks, all participants received a polio vaccine. Those who took the selenium supplements:

In short, selenium is essential to the body’s response to viral infection, a conclusion supported by extensive research.[ii]

Selenium is also an essential component in glutathione peroxidase, one of the body’s top antioxidants. As part of the selenoproteins (made from the amino acid selenocysteine), it plays a role in the body’s detoxification – regulation of immune response to prevent a hyper-response that would result in an autoimmune response or chronic inflammation, and immune cell production.[iii]

Another area currently being studied involves relationship between irritable bowel disease (IBD) and selenium. It’s been thought inflamed bowels like those of IBD and Crohn’s disease may prevent absorption of selenium. Research suggests boosting selenium levels may help ease the condition, however. Although the relationship is not well understood yet, it is known that individuals who suffer from digestive conditions like these do tend to have low levels of selenium.[iv]

In the U.S., it is presumed that most people are not selenium deficient. Of course, there isn’t a good test for it, making it hard to diagnose the condition. If it’s suspected, doctors will often test glutathione peroxidase levels as this essential antioxidant cannot be produced without selenium.

Today, with soil depletion and diets lacking nutrients, there’s a growing thought that selenium deficiency may be a reason behind many health problems and weakened immune systems. The British study noted above shows it’s possible to be considered medically healthy and still have low levels of selenium. Common symptoms don’t make it any easier to diagnose. They include:

Eating fresh, organic foods should provide ample amounts of selenium in the diet and keep your immune system in top shape to fight viruses and detox the body.

Foods high in selenium include fish, lean meats and nuts, especially brazil nuts. Here’s a list of the top selenium-rich foods, courtesy of the USDA.[vi]