The Impact Of Daylight Savings Time 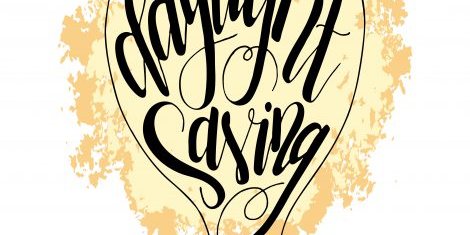 The implication of daylight savings time may go way beyond just losing 1 hour or sleep and may have a larger impact on our health.

2019 daylight saving time has arrived and it kicked in on Sunday, March 10th  at 2 AM in the USA no matter if you are ready for it or not.

What is daylight saving time?

Daylight savings is the act of changing the 12-hour clock day either ahead or behind 1 hour to maximize the number of sunlight hours in a day.

This is the case in much of the U.S. except for  Hawaii and Arizona.

Now, there is not much detail about who actually invented daylight saving time. There are reports that it may have been the brainchild of George Vernon Hudson, a scientist, and, William Willet, a builder, way back in 1895. Other people think that it was Benjamin Franklin in 1784, but he didn’t’ mean to get people to change the clocks. He actually wanted people to wake up earlier –timeanddate.com  The implement of it was on March 31, 1918, as an effort to save one hour worth of fuel per day during the wartime according to ProCon.org

Another reason day-light saving was adopted was that in the 19th century to gave farmers one more hour of daylight.

You may not think that a simple 1 hour ahead or behind is that big of a deal, but let’s take a closer look at the overall effect of such a small time change to your body. What happens is that the time that the sun rises and sets is shifted. This will disrupt the body’s circadian rhythm (the body’s biological clock).  Your body reacts to the shift in varies negative ways beyond several days of groggy feelings.

The risk of heart attacks

For instance, a study carried out in Sweden found that the first three days of daylight savings time triggered an astronomic increase in the number of heart attacks. What’s more? The heart attack was more prevalent in women. This has been linked to the sleep deprivation that occurs during the springtime change. The researchers also hinted that most adults do not have adequate sleep all throughout the year.

The risk of automobile accident

It is on record that the number of automobile accidents might be on the rise in the days after the time change. A publication in the New England Journal of Medicine car accidents are increased for the one of sleep lost to daylight saving time. This study was carried out in Canada. On the other hand, it was discovered that the extra hour of sleep gained during the fall had the reverse effect, with very few accidents.

The risk of miscarriage

The effects of daylight savings time is experienced by pregnant women. This comes in the form of fatigue. The loss of an hour compounds the sleep.

The risk of stroke

The loss of sleep following daylight savings time increases the risk of stroke. Finish research showed that there was an increase in the rates of stroke cases increased on average, two days after the start of daylight saving time.

More time may be wasted

The ability to concentrate at work is lost. When we are fatigued, the body becomes more sensitive to time. It suddenly notices that the time for lunch is near, or, that it is time to retire home for the day. A 2012 publication in the Journal of Applied Psychology has found that workers who are deprived of sleep are not really productive. A lot of time is spent cyberloafing (pretending to work when one is actually not working). The most tired workforce in the world is that present at the office on Monday after the change in springtime.

By pushing the time up by an hour, one hour of daylight is pushed from the morning to the evening, resulting in long nights.  However, getting up from bed the following Monday morning may be a tough task, because you have sacrificed one hour of sleep. The change in time and its effect on you depends on your lifestyle, sleeping habit and general health. It could be a time for your check up.

Whatever direction the clock moves, the circadian rhythm undergoes a reset, moving out of sync with the current day-night cycle. Adapting to this change depends on a number of factors.

Generally, it is more difficult to lose an hour of sleep in the springtime than gain an hour during the fall. You may like it to traveling in an airplane. When one travels east, time is lost. Sleeping early will increase wakefulness at night. Traveling west, one falls asleep in no time but may have trouble waking up.

1.  Reducing exposing yourself to electronics by bedtime

Making effort to reduce your electronics usage before bedtime. Resist the temptation to check emails, read from social media, or watch shows. The light from these devices suppresses melatonin and impacts negatively on the quality of sleep.

We all love an early morning cup of coffee. However, it is not really good after lunch time. The caffeine has long-lasting effects and can prevent sleep. A cup of coffee taken six hours before sleep still, has the potential to reduce your sleep time by an hour according to the Journal of Clinical Sleep Medicine.  Yet, some qualified nature herbs can help such as EnergyPower Plus.

Create a set sleep schedule and stick to it. You should stick this even during the weekends. And remember, that you have gotten an hour back does not mean that you should stay up late and fill your night with loads of activities. It will affect you.

If you feel that you need a nap, then go ahead and have it. If you feel sleepy at noon, take some rest. But do not sleep in the morning, because this will lengthen the time that your body uses in reacting to the time change.

Your nap time should be some time away from bedtime. If it is too close, it will interfere with your sleep at night. Your naps should not be more than 30 minutes.

Do not be scared or alarmed if you feel out of sort within the week. Daylight saving time affects the circadian rhythm no doubt, but the body will surely adapt to.