The Future Health Of Millennials 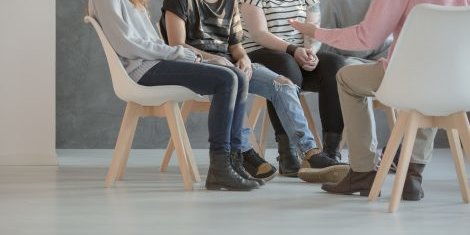 Millennials have many great things going for them: They are the most educated generation; they are team players, community oriented, and the most diverse generation. However, there are concerns about Millennials’ future health.

The Health Foundation, a think tank in Great Britain, found British millennials are on track to be the first generation to have worse health in middles age than their parents. The report says they are at a higher risk of developing medical conditions such as diabetes, heart disease, and cancer.

While the survey was conducted in Great Britain, millennials in the U.S. have many of the same issues that the British studies have shown. For example, the U.S. Chamber of Commerce Foundation found that millennials will be the first generation in more than a century to have their lifespan decline or level off. In addition, obesity may become epidemic.

The reasons cited for their projected worsening health is the effects of long-term stress and lower standards of living. Millennials will be the first generation to earn less money than their parents.

“‘Young people today are facing pressures that are very different to those of previous generations,’ said Jo Bibby, the director of strategy at the Health Foundation.”

The reasons behind the trend of worsening health are more challenging than other generations. In the U.S., according to the U.S. Chamber of Commerce Foundation report, fifty percent of millennials felt they were worse off than their parents.

Higher living costs associated with housing, less job security, lower wages, and relationship issues are a few of the factors that this generation contends with in greater intensity compared to their parents.

A Generation Under Greater Stress

The Health Foundation surveyed 2,000 young British adults between the ages of 22 to 26. The most substantial stressor in their lives according to the survey came from social media: Eighty percent felt because of social media they were pressured to behave in certain ways. Only thirty-one percent of respondents said they had strong relationships and support while growing up. Forty-six percent they had enough family and financial support. And forty-nine percent of the participants said they had emotional support from their family.

The American Psychological Association (APA) found that millennials experience more stress than other generations. They are also less able to manage it. Twelve percent of millennials according to the APA have anxiety disorders – twice the percentage of Baby Boomers.  And research shows that 30% of working millennials and 61% of college students suffer from anxiety.

The psychological stress surrounding jobs and career is a significant contributor to their stress levels. Inconsistent working hours, underemployment and gig jobs are something millennials face that their parents or grandparents didn’t experience.

The Health Foundation Report says that while there are overall improved health gains in society compared to previous generations, the gains may erode because of uncertain and unstable factors that many young people face.

The Wall Street Journal asked several medical experts what they thought health issues millennials will face. Here are a few of the responses

The effectiveness of antibiotics is declining faster than new ones are being created. Cardiologist and flight surgeon, Dr. John Sotos, believes that millennials won’t be able to depend on antibiotics for healing. His second concern is chilling. He thinks in thirty years the advances in technology and medicine will make it possible for a malicious individual to invent, manufacture, and distribute a deadly new virus.

Dr. Marisa Weis, founder and president of Breastcancer.org, says that because of our quickly changing society young adults will be alone more than their parents. She said it’s a concern because research shows that being single can have detrimental impacts on health. She suggests young people find ways to connect with others through everyday activities, such as going to an exercise class, having dinner with friends, or joining a club.

The health issue that Murali Doraiswamy, M.D, professor of psychiatry and medicine at Duke University Medical Center, sees millennials facing are preclinical diseases. Preclinical diseases are diagnosed before symptoms appear. Because of the advancements in technology and medicine (DNA testing, genetics), diseases will be able to be discovered before people know they have them. Some of the drawbacks include having a diagnosis with no cure, potential psychological harm knowing you are at risk for a disease, and the possibility that the choice to be genetically tested won’t remain in the hands of the individual.

While this all sounds dismal for the health future of millennials, the fact these issues are on the radar of health experts means that they can also change for the better. Human history shows that we are good at innovation, adapting, and thriving.

Dodgson, Lindsay. Millennials are on track to have worse health in middle age than their parents, according to a new report (June 18, 2018). Retrieved from https://www.businessinsider.com/millennials-may-have-worse-health-than-their-parents-2018-6

What Health Issues Will Millennials Face That Their Parents Didn’t (September 19, 2014). Retrieved from https://www.wsj.com/articles/what-health-issues-will-millennials-face-that-their-parents-didnt-1411138828.

Dodgson, Lindsay. Millennials are on track to have worse health in middle age than their parents, according to a new report, June 18, 2018. Web.