The Connection Between Oral Health And Immune Response 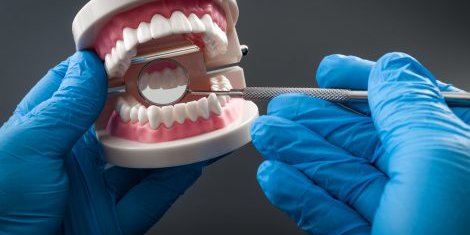 Gum disease and heart disease made news years ago when researchers found a connection between the two. They reported chronic inflammation in the mouth and gums promoted inflammation throughout the body, including in the arteries. In turn, heart disease developed.

Since then, the danger of inflammation has become better understood. And the importance of good oral health remains well-known. Perhaps more importantly, it has become apparent that oral health has an intimate connection with a person’s overall immune response, even if there isn’t an obvious or serious condition.

The Danger of Plaque Build-up

Plaque build-up along the gumline creates space between the gums and teeth. Bacteria can grow in this space. Brushing or flossing that causes bleeding makes it possible for bacteria to enter the bloodstream.

It’s estimated that more than 500 types of bacteria live in the human mouth at any given time. Exposure to the bloodstream will trigger an immune response. If this happens enough, the immune system becomes stressed.

In the mouth, the slowed immune response increases the risk of the minor infection caused by plaque to become something more serious like full-blown gum disease. The relationship between gum disease and heart disease is known, but research indicates heart disease isn’t the only condition which can develop.

A 2016 study published in the Central European Journal of Immunology reported that “changes in the oral cavity often precede intestinal symptoms.”[i] This means by the time someone starts to feel irritable bowels or other symptoms, the problem has already existed in the mouth.

The problem can quickly become a downward spiral as the researchers further noted “inflammatory bowel disease leads to significant deterioration of oral health.”

Inflamed or irritable bowels have been linked to a number of conditions including:

And the research suggests that before any symptoms manifest in the intestines, the problem had already begun in the mouth.

Mercury is a known immune system suppressor. Studies suggest people especially sensitive to mercury have a greater chance of allergies, asthma and other autoimmune conditions.[ii] A study of African miners regularly exposed to mercury found they had a much higher likelihood of expressing autoimmune responses than those who did not have that exposure.[iii]

Mercury is still used in amalgam, a material still used in dental fillings. While medical authorities continue to review the safety of mercury as a filling, some alternatives have been developed. As the research remains under investigation as to the safety of mercury, the connection between fillings and other health conditions may be worth consideration in some patient cases.

Based on what we know today, oral hygiene isn’t simply the concern of the patient and the dentist. It’s a consideration for all healthcare providers involved in patient care. The science also suggests that oral care should be considered as part of any patient therapy. It will help immune response and improve the effectiveness of any therapies used to treat the conditions that originally brought the patient to the doctor.