The Balancing Act Of The Reishi Mushroom 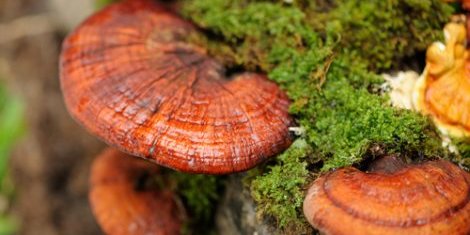 The Reishi mushroom has been cherished by Chinese medicine for thousands of years and it is now widely accepted and utilized for boosting the immune system. No wonder many call it a superfood.

The Reishi mushroom (Ganoderma lucidum) is an edible type of medicinal fungus, and is considered rare and hard to find in nature. but no worries if you want some. It is commonly cultured where it is grown on artificial sawdust logs, especially in tropical and subtropical climates, and now available throughout the world.

Reishi mushroom can help the body maintain its balance and restore it when you feel sick, especially by regulating the immune system. Many studies on Reishi mushroom show positive impacts including regulating blood glucose, protect against high blood pressure, provide antioxidant support. It also serves also antibacterial, antiviral and anticancer impacts. It also protects against liver and gastric injury.

Also known as Ling Zhi in Chinese, these mushrooms are strongly anti-inflammatory an tied to longevity, better immune function an mental clarity – and yes, they are often known as the “king of mushrooms.”

There are several types of mushroom referred to as “reishi,” and known by colors, red, purple, green, white, yellow and black. The most popular form is Ganoderma lucidum, the red mushroom, which has been linked to the most healing properties.  Although they are edible, many consider them bitter tasting, and are most likely found in tincture or powder form.  The above-ground parts and portions of the below-ground parts are used as medicine.

What does it do?

A number of studies have linked red Reishi to having a positive impact on a variety of diseases, and ailments. Those sicknesses range from viral infections such as flu, lung conditions including asthma and bronchitis, and heart disease and high blood pressure and cholesterol. The mushroom also can be used for cancer, liver disease and kidney disease. Reishi mushrooms help us deal with the negative effects of stress – such as increased inflammation.

How is it effective?

“Most of the scientific research that has been conducted appears to strongly support red Reishi’s role as a normalizing substance – a nutritional supplement that can yield medical benefits through its normalization and regulation of the body’s organs and functions,” a study notes.

The importance of the immune system

By helping the body’s immune system, the Reishi mushroom has a large impact on the human body. The immune system is responsible for many important functions, such as defending against pathogens, such as viruses or bacteria. In addition, it removes old blood cells and tissue debris, resulting from injury or disease. It also destroys mutant cells and rejects foreign cells.

What can damage the immune system?

How are Reishi mushrooms available?

There are commercially available products of the Reishi mushroom, including products in which Reishi is the active ingredient in food supplements. These include extracts in various formulations that are marketed all over the world in the form of capsules, creams, and syrups.

For most of history, in grown Reishi mushrooms were prepared to make a tea or soup. The processing technique today involves a high pressure boiling process that allows the active ingredients to become extracted and form a tincture.

What is the future?

Although clinical data from well-designed human trials are needed in order to clarify whether or not the reported health-related benefits are valid,” a study notes, “ it is believed land supported by current research that the Reishi mushroom bears great health benefits.”