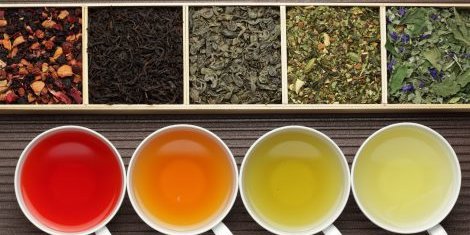 Researchers have discovered a new health benefit linked to tea, or rather the leaves of the tea plant (Camellia sinensis) to be exact. Tea’s Newest Contribution to Health can be producing safe, non-toxic quantum dots.

The safety of these tea-leaf produced quantum dots has generated a lot of excitement among scientists. In the world of medicine, quantum dots show promise in the treatment of cancer.

What is a quantum dot? It’s a great question as they’re not specifically medically-related. In this article, we’ll answer that question and explain what researchers discovered they do to cancer cells.

What is a Quantum Dot?

Quantum dots are nanoparticles. They’re smaller than 10 nanometers. As a point of reference, the average human hair measures around 40,000 nanometers thick. Their small size makes them a potentially useful tool in biomedicine for diagnosis and therapy.

You might see quantum dots also described as very small semiconductor particles.[i] Some definitions call them nanocrystals.[ii] Scientists have found uses for them in a variety of fields including computers, imaging and as a treatment for cancer.

But quantum dots have had a problem. As useful as they are, it costs a lot to make them and it’s a complicated process. For medical purposes, they have had an additional problem – they carry with them toxic side effects.

That’s why the recent discovery made by a joint team of Indian and English researchers offers so much promise.

Using tea leaf extract, scientists were able to make quantum dots at a lower cost and without the same toxic properties as the artificially made quantum dots. Once they determined these were stable, they tested their potential effects for medicine. They look at three potential uses[iii]:

The quantum dots worked well to high-contrast fluorescence imaging. They also prevented bacterial growth. As for cancer, they worked as well as a currently used cancer drug.

Quantum dots stopped cell growth in the lung cancer cells. Specifically, the growth stopped at the S-phase of the cell cycle. This effect and the activity as an antimicrobial suggests a lot of therapeutic potential for healthcare practitioners.

The Many Benefits of Tea

The use of tea-derived quantum dots is a highly specific application. Tea, however, as we know provides a lot of health benefits. And new health benefits are constantly being discovered.

Drinking green or pu’er tea supplies the powerful antioxidant EGCG which has shown benefits for the liver, heart and brain. There’s been a lot of research recently on pu’er tea showing great potential to help with weight loss in the fight against obesity. [LINK to Pu’er tea weight loss article] Pu’er tea has also shown the ability to help address non-alcoholic fatty liver disease. [LINK to NAFLD article] Even the caffeine in tea has been shown to support healthy blood sugar. [LINK to caffeine article]

While the discovery of tea-derived, or as the researchers term it “green-derived,” quantum dots is exciting, it’s simply another way tea offers great potential for human health. Even without quantum dots, tea extracts offer great therapeutic potential. And of course, there’s always the simple joy of drinking tea with health benefits being only a bonus!