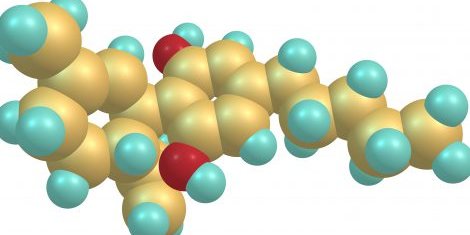 Synthetic cannabinoids, with many nicknames such as K2, has similar chemical components as marijuana, but is much more powerful. It is a growing problem in the U.S, with reports of users experiencing overdoses that have led to severe illness or death.

Synthetic cannabinoids represent a class of designer drugs that includes psychoactive chemicals sprayed onto a plant. They are considered unsafe, and it is difficult to know how each person will react to them. Experts say they can be variously toxic, unpredictable and very harmful.

There have been at least 177 different cannabinoids reported. Research shows that synthetic cannabinoids, or K2, affects the brain much more powerfully than marijuana, with unpredictable impacts.

The chemicals are called cannabinoids because they are similar to chemicals found in the marijuana plant. Cannabinoids are sometimes misleadingly called synthetic marijuana or fake weed, and often marketed as safe, legal alternatives to that drug.

People have taken K2 in a variety of ways. They have smoked them, swallowed them, or mix them with food or with e-cigarettes. Besides K2 and Spice, it also is known under other names such as Crazy Clown or Black Mamba.

K2 mimics the effects of THC, the compound naturally found in marijuana but K2 is far more potent. Oddly, the chemical compounds in K2 were developed years ago to study how the cannabinoid receptors operate. But over the years, they have become abused, with their toxicity becoming available on the market similar in a manner similar to illegal drugs.

Consumers buy synthetic cannabinoids at convenience stores, gas stations or online, where they are often promoted as natural or herbal. K2 is often packed in small bags or packets and the contents may resemble potpourri.

Synthetic cannabinoids are part of a “group of drugs called new psychoactive substances (NPS)”, according to the National Institute on Drug Abuse National Institute on Drug Abuse.  They are considered “mind-altering substances” that produce the same effects as illegal drugs. Although natural marijuana contains an anti-psychotic chemical component, “cannabidiol, the synthetic version does not have that ability,” NIDA says.

The Food and Drug Administration has issued warnings to local health agencies that synthetic cannabinoids can be laced with brodifacoum, a highly lethal anticoagulant composition used in rat poison.

K2 users may be susceptible to bleeding, or other symptoms such as easy bruising or nosebleeds. Brodifacoum, for instance, remains in the body a long time and can raise bleeding risk long after consumed. All  states have reported adverse health effects from people reporting synthetic cannabinoid use, including severe bleeding.

The FDA notes: “Use of these products pose significant public health concerns for both individuals who may use the contaminated products and the U.S. blood supply, as there is the potential for contamination of blood products donated by those individuals who have used these substances.”

People should seek medical attention if they suspect they may have consumed contaminated drugs. Poison centers receive thousands of reports of adverse health effects in persons using synthetic cannabinoids annually.  It also has been linked to dozens of cases of severe bleeding and deaths.  There are local poison control centers. The American Association of Poison Control Centers can be reached at 800-222-1222.

National Institute on Drug Abuse. What are synthetic cannabinoids? 2018. Retrieved from: https://www.drugabuse.gov/publications/drugfacts/synthetic-cannabinoids-k2spice

Havenwood Academy. 2018. The Growning Problem of the Drugs K2 and Spice. Retrieved from: https://www.havenwoodacademy.org/the-growing-problem-of-the-drugs-k2-and-spice/

Center for Disease Control and Prevention. 2018. Synthetic Cannabinoids: An overview for Healthcare Providers. Retrieved from: https://www.cdc.gov/nceh/hsb/chemicals/sc/healthcare.html

Centers for Disease Control and Prevention. How harmful is K2/Spice (synthetic marijuana or synthetic cannabinoids. 2018. Retrieved from:

Centers for Disease Control and Prevention. Syntehtic Cannabinoids: An Overviw for Healthcare Providers.  2018.  Retrieved from: https://www.cdc.gov/nceh/hsb/chemicals/sc/healthcare.html