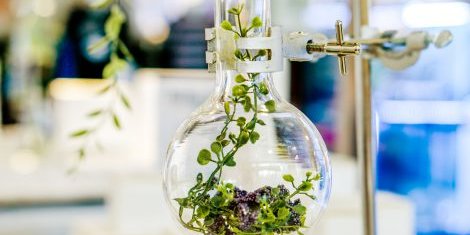 “Sovereign-Minister-Assistant-Courier”, also known as “Jun-Chen-Zuo-Shi”, is a principle of combinational use of Chinese medicinal herbs which provides guidelines for the composition of prescriptions. A typical Chinese Herbal Formula (CHF) is featured as “multiple ingredients and multiple targets”, but more importantly, the formula must follow the rule of herb synergism and compatibility to achieve better therapeutic effects and to reduce side effects. The rule of herb synergism and compatibility is the actual essence of “Sovereign-Minister-Assistant-Courier”. Another basic rule of TCM prescription- seven “emotions”, seven classification of Chinese herbal medicine which can be used as complementary of “Sovereign-Minister-Assistant-Courier” in the formulation of CHM. According to seven “emotions” theory, mutual promotion and mutual enhancement can synergistically enhance curative effects, and mutual restraint and mutual detoxification can alleviate toxicity and adverse effects. Studies have confirmed the benefits of formulae such as enhancing therapeutic effects in disease intervention, favoring pharmacokinetics, alleviating drastic effects, and diminishing adverse effects compare to single use (Feng, 2016). By virtue of the “sovereign-minister-assistant-courier” rule and the seven “emotions” in prescription compatibility, CHFs have become the primary applicational form of CHM.

To better understand the rule of “sovereign-minister-assistant-courier”, a vivid mimic on CHFs fighting with major depressive disorder (MDD) can help. As illustrated in Figure 1, the relationship between CHFs and MDD can be likened to playing chess. A single herb represents a chess piece, which cannot win the game single-handedly; however, when different herbs are combined to create a formula, their effectiveness in the treatment of depression becomes apparent (Feng, 2016).

Notes: Sovereign herbs play the most significant role in the treatment of the principal syndrome, like the king and queen in chess. Minister herbs assist the sovereign herbs with the principal syndrome or the main accompanying syndrome, like the rook. Adjuvant herbs cooperate with sovereign and ministerial herbs to treat accompanying syndromes and can be represented by the bishop and the knight; they may also inhibit the toxicity of sovereign and ministerial herbs. Courier herbs guide drugs to illness stations like the pawn or coordinate the drug actions in a prescription. In the same way that all the chess pieces must be coordinated for the game to be won, all the herbs in antidepressant formulas act synergistically to treat depression.

The mechanisms of antidepressant CHFs can also reflect the rule of “sovereign-minister-assistant-courier”. Antidepressant CHFs comprise a series of active compounds, including terpenoids, flavonoids, xanthones, phenylpropanoids, and phenols, and exert multiple biological actions, including effects on reuptake and receptor binding of various monoamines (e.g. NE, 5-HT) and other endocrine and neuropsychological pathways. They regulate dys­functions of the hypothalamic–pituitary–adrenal, –thyroid, and –gonadal axes and locus coeruleus NE system, as well as improve impairments in endogenous metabolic processes. In vitro and in vivo pharmacological studies have demonstrated that antidepressant CHFs in combination with conventional antidepressants only enhance the antidepres­sant response but also reduce adverse effects of traditional psychotherapeutic drugs in patients with severe depression disorder (Feng, 2016). All these synergetic and compatible functions come from the components of antidepressant CHFs built on the rule of “sovereign-minister-assistant-courier”.

Recently, the network pharmacology approach has been used to identify the role of herbs in the formula. For example, QiShenYiQi formula (including four components, Astragalus, Salvia Miltiorrrhiza, Panax Notoginseng and Dalbergia) which has been used in the treatment of coronary artery disease got a Network Recovery Index for Organism Disturbed Network (NRI-ODN) score of 864.48, which outperformed any herb used alone. In Addition, the primary component herbs, Radix Astragalus membranaceus and Radix Salvia miltiorrrhiza showed NRI-DON score of 680.27 and 734.31 respectively, which meant a better performance to recover disturbed AMI network than other two herbs in this formula, Panax notoginseng and Dalbergia Sissoo did (545.76 and 584.88, respectively) (Wu, 2014). This modern approach firmly demonstrates the synergetic traits of CHF, also provides a scientific elucidation of the role of “Sovereign-Minister-Assistant-Courier” in CHF.

The rule of “sovereign-minister-assistant-courier”, the multitarget and multi-pathway mechanisms, and the network pharmacology approach could provide a new way to find novel antidepressant agents among CHFs.

How to improve your metabolism with NatureKue product?

cGMP: The Foundation of NatureKue’s Promise of Quality

Supplements for a Healthy Holiday and New Year