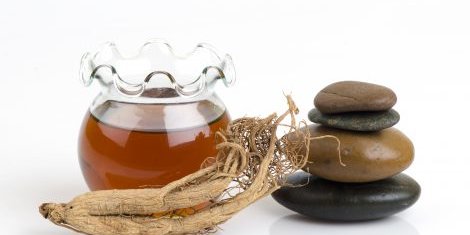 The root Radix Angelicae Sinensis is widely known as the “female ginseng” for its reported effect on women’s irregular menstrual disorders, but it is also used for both men and women for a variety of issues, such as its regulation of blood flow and anti-inflammatory impacts.

The herb, which is variously sweet, pungent and bitter, is the dry root of the perennial herbaceous plant Angelica Sinensis. The roots are usually dug at the end of autumn, then dried and cut.  It is also routinely used with other herbs.  It is also known as Dong Quai.

What does it do?

Angelicae Sinensis is one of the most popular medical herbs in China, and used for many ailments, especially for women to aid their recovery after childbirth, or for fatigue or low vitality. It is used for treatment of menstrual disorders, such as irregular menstruation, and is typically used to what has been termed harmonizing the blood.

For both sexes, it is for strengthening of bones and easing inflammation of the joints, such as neck and shoulder pain, and to modulate the immune system, supporting lung health and as a stool softener, or treatment of chronic constipation.

The herb is of particular interest for blood circulation related to blood deficiency. Blood deficiency can cause a sallow face, paleness, dizziness and palpitation issues.

The root also is used for coughs and it has been used for relieving dyspnea, a shortness of breath.

The extract is classified into essential oil and water-soluble parts, such as lipid compounds.  The main organic compound constituent is ferulic acid, a natural anti-oxidant that originally plays a key role in protection of plants. Other constituents include essential oils, vitamin B-12, and folinic acid, the active form of folic acid.

There have been recent studies showing the potential benefits of the herb in cancer patients who have received chemotherapy and radiation treatment.

How does it work?

The herb’s key role is often seen as a muscle relaxant, and that may be due to its volatile oils. The herb contains ferulic acid, which appears to act as a uterine stimulant and relaxant.  In studies of animals, extracts of the herb was used for smooth muscle contractions of the bladder and uterus when administered intravenously.

It has been used in traditional Chinese medicine for the treatment of gynecological issues, such as dysmenorrhea, for many centuries, although there have been few clinical trials.

Although there had been discussions that the herb could be used in the treatment of menopausal symptoms, a random study found that use of the root did not alleviate those symptoms, such as hot flashes.

It is taken usually six to 12 grams, commonly applied as a raw material, but can be stir- baked with alcohol to promote blood circulation.

The herb is not recommended for women with heavy bleeding or who have had spontaneous miscarriage, and use with certain medications, such as anticoagulants, as it may result in increased bleeding times.