Physiological Effects Of Chronic Stress On The Brain 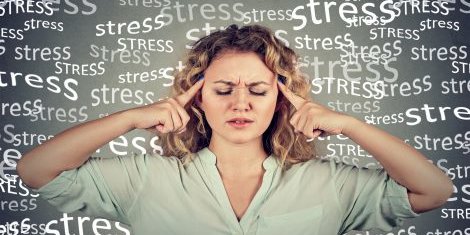 Physiological Effects of Chronic Stress on the Brain

The effects of chronic stress on the body are well-known. It can be a factor in heart disease, cancer, and other diseases. And while it’s been known that stress also affects the brain, research shows it physiologically changes the brain and can be a contributing factor to some mental health issues.

Researchers at the University of California, Berkeley have found that chronic stress creates long-term physical changes in the brain. The findings may help explain why people living with chronic stress are disposed to anxiety and mood disorders later in life.

White matter is mainly made up of myelinated axons that transmit signals to the grey matter. The axons are covered with a protective coating, myelin, which improves their transmission signal and speed. White matter is in the brain’s inner cortex layer.

Daniela Kaufer, an associate professor of integrative biology at UC Berkeley, and her team focused on the physiological changes in the white and gray matter caused by chronic stress.

The Effect of Stress on Brain

Dr. Kaufer and her research team discovered that chronic stress manufactured more myelin-producing cell in white matter and fewer neuron cells in gray matter than what is normal. This discrepancy disrupts the brain’s ability to finely balance and time communications in the brain.

These findings may help explain changes in the brain’s ability to communicate with other parts of the brain in people who have debilitating stress, such as post-traumatic stress disorder (PTSD). Dr. Kaufer theorized that people with PTSD because of the imbalance between white matter and grey matter might have stronger connections between the hippocampus and the amygdala and less than normal connectivity between the hippocampus and the cortex which adjudicates and moderates responses.

“‘We studied only one part of the brain, the hippocampus, but our findings could provide insight into how white matter is changing in conditions such as schizophrenia, autism, depression, suicide, ADHD and PTSD…'” Daniela Kaufer, Ph.D, lead researcher.

For example, when the amygdala and hippocampus have a strong connection, the fear and anxiety response will be strong and quick, which is the case with people who have high levels of chronic stress. And if links to the prefrontal cortex are weak, the ability to respond calmly and reasonably is impaired.

Dr. Kaufer explains that in a stressful situation the prefrontal cortex that says not to get stress is overridden by the amygdala shouting to the hippocampus, ‘This is terrible!’

The response is much more intense than it needs to be.

The research also found that chronic stress decreases the number of stem cells that mature into neurons and which may help explain why chronic stress also affects learning and memory. Dr. Kaufer and her team are also studying whether early life-induced stress such as in infancy decreases resiliency later in life.

These discoveries have the potential to lead to new therapies like exercise and medicines that could limit the effects of stress on the brain and improve the quality of life for those with mental health conditions.

Robertson, Sally, B.Sc. What is Grey Matter? Retrieved from https://www.news-medical.net/health/What-is-Grey-Matter.aspx