Perfectionism Among Young People And Its Cost 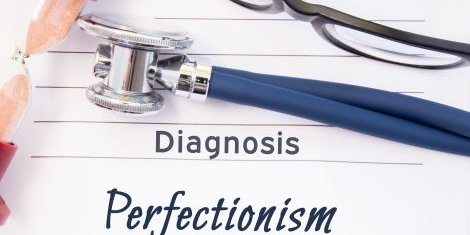 Perfectionism Among Young People – Young people live in a different world than other generations which is increasingly stressful. Social media with its focus on the perfect life, ideal body, rising competition for education and jobs as well as demanding parents have led to a generation of perfectionists. And according to research published by the American Psychological Association, it’s taking a toll on millennials in the United Kingdom, United States, and Canada.

Researchers from St John University, York and the University of Bath in Great Britain analyzed data from over 40,000 university students from 1989 to 2017 who responded to a test that measured generational perfectionism changes. The study showed that perfectionism levels are on the rise.

Perfectionism is an intense pressure to be flawless by setting the bar high in all aspects of life while being overly self-critical and putting a high value on others’ evaluation of you. Psychology Today says, “For perfectionists, life is an endless report card on accomplishments or looks.”

“‘Young people are trying to find ways to cope with a sense of increasing demands being placed on them and they are responding by becoming more perfectionistic towards themselves and others.'” Dr. Andrew Hill, York St. John University, coauthor of the study.

Comparison and competition were two areas that Dr. Thomas Curran and Dr. Andrew Hill, co-authors of the study, theorized were driving the rise of perfectionism. Their raw data suggest that social media burdens young adults to be perfect by comparing themselves to others, usually with dissatisfying results, spawning social isolation.

The relentless push for higher grade point averages compared to their peers also presses students to perfection. Dr. Curan points to the concept of meritocracy as a driving force behind competitiveness and perfectionism.

Meritocracy is a political philosophy based on achievement where the talented and chosen move ahead; it focuses on strong individualism. Dr. Curan argues that universities pressure students through competition to move up the societal and economic ladder.

He says their finding coincides with three decades of a push for meritocracy whereby young people are compelled to compete against one another. This compounded with increasingly stressful social and economic constraints has led to the relentless strive for perfectionism among millennials.

For example, in 1976, about half of high-school graduates planned to go to college, and by 2008 that number had risen to 80 percent. Although, according to Dr. Curan, the number of students receiving degrees hasn’t kept pace with expectations. He suggests the study shows that expectations are higher for recent generations than for previous ones.

“‘Today’s young people are competing with each other in order to meet societal pressures to succeed and they feel that perfectionism is necessary in order to feel safe, socially connected and of worth.'”[iii]

The Cost of Perfectionism

The cost of this perfection according to the report is an upsurge in mental health issues among young people. The authors point out that millennials have higher levels of depression, anxiety, and thoughts of suicide that students did a decade ago.

This view is collaborated by what some colleges are finding: College counselors report a rise in the number of college students dealing with mental health conditions. According to Penn State University’s Center for Collegiate Mental Health, 26 percent of students who sought help said they had intentionally hurt themselves. And a 2016 survey by UCLA Higher Education Research Institute found about 12 percent of freshman were ‘frequently’ depressed.

The researchers believe that schools, universities, policy-makers, and others responsible for the welfare of young people should take note and create environments that resist promoting competitiveness that harms young people’s mental health.