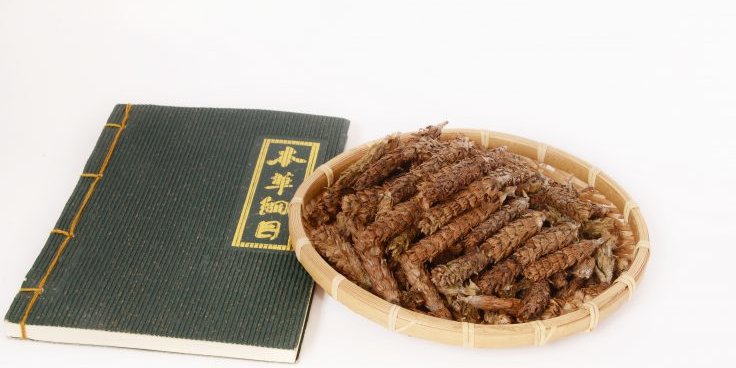 In clinical practice of Traditional Chinese Medicine (TCM), a patient will get an individual Pattern-based TCM  diagnosis and treatment after examined by a TCM physician using special examination technique. Then, the patient will get individualized TCM treatments according to the TCM pattern diagnosis. The definition of TCM pattern, in terms of TCM theory, is established as a diagnostic conclusion of the pathological changes of a disease state based on an individual’s symptoms and signs, including pulse form and tongue appearance (WHO,2007). The patterns of bodily disharmony can be described in terms of eight major parameters: yin and yang, external and internal, hot and cold, and excess and de?ciency. Additional systems, such as Qi, Blood, and body ?uid di?erentiation, and Zang Fu (organ) di?erentiation are also used (Poon, 2012). For a given disease, there may be different presentations of various symptoms and signs; therefore, many TCM pattern diagnoses are possible and different TCM treatments can be given for the same disease correspondingly.

Insomnia is a common disease and often coexists with other chronic health conditions, such as major depression, anxiety disorders, substance abuse, suicide, decreased immune functioning, and cardiovascular disease. This may explain why insomnia has so many symptoms and signs in TCM’s perspective, which are then assigned to different TCM pattern diagnoses accordingly. In a systematic review, 69 TCM patterns for insomnia have been identified from 103 studies including 9499 subjects (Poon, 2012). In another systematic review, a total of 227 studies, 17916 subjects, and 87 TCM patterns were analyzed (Yeung, 2012). Among these diversified TCM patterns involved in insomnia, both systematic reviews (Poon, 2012; Yeung, 2012) reached the same top 10 TCM patterns: Deficiency of both the heart and spleen ???? was the most commonly used TCM pattern, followed by hyperactivity of fire due to yin deficiency ????, liver-qi stagnation transforming into fire ????, heart kidney noninteraction ????, internal disturbance of phlegm-heat ????, qi deficiency of the heart and gallbladder ????, liver fire flaming upward, stomach disharmony????, heart deficiency with timidity????, disharmony between spleen and stomach????, and Stomach qi disharmony????. The top 10 TCM patterns accounted for 77.4% of the 9499 subjects and 72.5% of the 17916 subjects, respectively, in above two systematic reviews (Poon, 2012; Yeung, 2012).

Different TCM pattern will lead to various TCM treatments. That is why a very wide spectrum of herbs and acupoints were used in clinical treatment of insomnia (Singh, 2017; Zhao, 2013). In 2012, Yeung, et al. first reviewed current practice for pattern-based TCM treatments. As shown in this review, for the most common pattern – deficiency of both the heart and spleen, a total of 20 individual herbs such as Suanzaoren (Semen Z. spinosae), Danggui (Radix A. sinensis), Yuanzhi (Radix Polygalae), et al., and a total of 12 acupoints such as Xinshu (BL15), Shenmen (HT7), Sanyinjiao (SP6), et al. were frequently used. For hyperactivity of fire due to yin deficiency pattern, Suanzaoren (Semen Z. spinosae), Shengdihuang (Radix Rehmanniae), Yejiaoteng (Caulis P.multiflori), et al., a total of 14 individual herbs and Shenmen(HT7), Sanyinjiao (SP6), Shenshu (BL23), et al., a total of 15 acupoints were frequently used. For the other patterns, some other herbs and acupoints were used. Moreover, for different patterns, the herbal formula also varied. Gui Pi Tang or its modification was the most frequently used Chinese herbal formula for deficiency of both the heart and spleen; for hyperactivity of fire due to yin deficiency, Huang Lian E Jiao Tang was the most frequently used formula. Modified Long Dan Xie Gan Tang and Dan Zhi Xiao Yao San were the most often used herbal formula for liver-qi stagnation transforming into fire, etc. The combination of acupoints and auricular points also brought more selections for different patterns, such as for deficiency of both the heart and spleen pattern, the commonly used auricular points were shenmen, subcortex, heart, spleen, sympathesis, kidney, brain, endocrine, neurasthenia point, etc., in addition to the commonly used acupoints such as Baihui (GV20), Sanyinjiao (SP6), Shenmen (HT7), etc.

However, among many pattern-based TCM treatments for insomnia, there were several nonspecial and commonly used Chinese herbs and acupoints regardless of the TCM pattern. They were Suanzaoren (Semen Z. spinosae), Fuling (Poria), Yejiaoteng (Caulis P. multiflori), Gancao (Radix Glycyrrhizae), and Baishao (Radix P. alba) and Shenmen (HT7), Yintang (EXHN3), Sanyinjiao (SP6), Baihui (GV20), Anmian (EXHN22), and Sishencong (EX-HN1), respectively (Yeung, 2012). Besides the need for further studies on neuroendocrinological activities of these acupoints, the pharmacological basis for the different roles of the herbal agents in the treatment of insomnia remains to be determined.