Paleo Diet: What Is It? Is It Healthy? 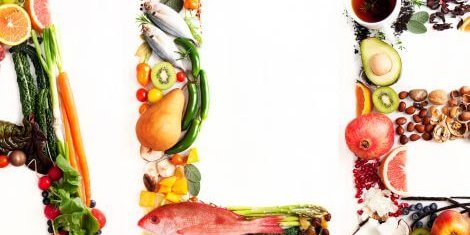 The paleo diet, also called the caveman diet, is said to be healthier for our bodies because it’s the same food that our prehistoric ancestors ate. Or specifically, it is how people ate 2.5 million to 10,000 years ago. The diet consists of types of food that hunter-gathers ate before farming spread about 10,000 years ago. The exact period the diet references is the paleolithic era.

What Is and Isn’t on the Diet

Eating paleo means you don’t eat any grains, dairy, processed foods, beans, sugar, or fast food. For example, pizza, sandwiches, pasta, mashed potatoes, salt, sushi, tacos, cheese and many of the foods that constitute the Western diet are not on the menu.

What is on the menu are meats, fish, seafood, eggs, fruits, and vegetables. The Paleo diet is weighted towards high amounts of protein with an emphasis on pasture-raised meats and wild caught fish. Nuts, seeds, and oils from fruits and nuts, such as olive, almond, and walnut oil are also allowed. Also, some paleo guidelines follow what is called the 85:15 rule that allows three non-paleo meals per week.

While the diet can sound rather cut and dry because it’s basically protein, fruits, and vegetables, putting meals together can look like other healthy diets. For example, a pale breakfast could be scrambled eggs with fresh herbs cooked in olive oil along with seasonal fruit and an herbal tea.

Lunch could consist of a chicken or salmon Caesar salad minus the croutons and tossed with a lemon and extra virgin olive oil dressing. Dinner would be a protein, such as chicken, steak, or fish. Side dishes could include mixed steam vegetables, sweet potato, and a tomato and avocado salad. Dessert could be grilled peaches topped with a mixture of raw honey and topped chopped nuts.

Proponents of paleo say that this approach to eating works with the body’s genes. Supposedly, it’s a better diet than the one developed after the emergence of farming which is incompatible with our genetic code. The theory is called the discordance hypothesis.

The premise says that the rapid change in the diet that started with farming was too sudden and came too late in human evolution. Therefore, our bodies have not biologically been able to adapt to foods based on agriculture and the modern diet.

According to the theory, a diet based on the cultivation of grains, etc. is the reason for an increase in many diseases such as obesity and chronic diseases like diabetes and heart disease.

A few clinical trials compared the Paleo diet to the Mediterranean diet and Diabetes diet. While more extensive studies are needed, the findings showed that the Paleo diet might provide some benefit that included:

Some researchers argue that the premise of the diet is overgeneralized: The change in diet from the Paleolithic people to farming has a more complex evolution. They say that geography, climate, and food needs also played a role in the shift to farming.

Also, some archaeological research shows that some humans ate wild grains 30,000 years before farming. And that, evolutionary changes to genes that break down dietary starch was happening before the Paleolithic era.

Many nutritionists and health experts see the elimination of grains and legumes from the diet as the body missing out on some of their dietary benefits, such as fiber and vitamins. Also, grains and legumes are affordable and easy to access for many people who cannot afford to eat a Paleo diet. Doctors also recommend that if you are on the diet, you may need to take a multivitamin.

One of the critical factors in the Paleo diet is the avoidance of processed foods, dairy, and sugar which have been shown to have health benefits. It has a focus on whole foods. However, there are no long-term studies on the effects of eating a diet devoid of grains and dairy. It is always best to discuss with your doctor any dietary changes you are considering, especially if you are under medical treatment.

Paleo Carbs For A Healthy Diet (October 3, 2018). Retrieved from https://thepaleodiet.com/paleo-carbs-healthy-diet/.

Paleo diet: What is it and why is it so popular? Retrieved from https://www.mayoclinic.org/healthy-lifestyle/nutrition-and-healthy-eating/in-depth/paleo-diet/art-20111182.

Vandyken, Paul. What To Eat On The Paleo Diet (October 12, 2016). Retrieved from https://thepaleodiet.com/what-to-eat-on-the-paleo-diet-paul-vandyken/.