No Alcohol Is Good For You, Says Study 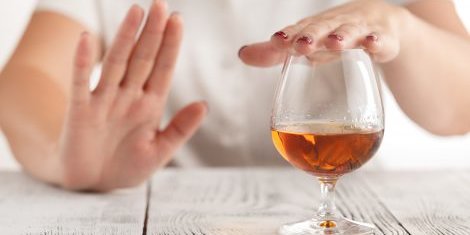 While there have been conflicting reports over the years about how much alcohol someone could drink and maintain good health, a recent study pores cold water on that: No alcohol is good for you, it says.

That could be an eye-opener for a lot of people. At least one third of the people around the world drink alcohol at some time, for social events, or celebrations, or part of a dining experience, whether having beer or wine or liquor.

The latest study  in Lancet says there is growing evidence that people should not drink alcohol at all because it is unhealthy. Alcohol contributes to 2.8 million deaths a year worldwide, and is the leading risk factor for disease and premature death in men and women between the ages of 15 and 49 in 2016, the study says.

The study contradicts previous reports, even touted by major U.S. organizations, in which public officials said moderate drinking, such as having two per day for men, or one for women, would be ok. Such advice is included in the Dietary Guidelines for Americans, and supported by the American Heart Association and the American Cancer Society. The Dietary Guidelines for Americans also do not recommend that individuals who do not drink alcohol start drinking for any reason.

What is the risk?

The latest Lancet study about drinking not only upsets many habits but millions of dollars in industry.  The analysis included those of hundreds of studies about drinking from 1990 to 2016.

An estimated 88,000 people die from alcohol-related causes annually, making alcohol the third leading preventable cause of death in the United States. The first is tobacco, and the second is poor diet and physical inactivity, according to the  National Institute on Alcohol Abuse and Alcoholism.

The deaths stem from alcohol-related cancer and cardiovascular diseases, infectious diseases, such as tuberculosis, intentional injury such as violence and self-harm and traffic accidents and other unintentional injuries such as drowning and fires. Alcohol consumption is also associated with a variety of short and long term health risks, including motor vehicle crashes, violence, sexual risk behaviors, high blood pressure and various cancers. The risk of harm increases as the amount of alcohol you drink, researchers say.

Among the reports for years that said moderate drinking was OK, included studies that said alcohol could even protect against heart disease, but the latest study shows that it is outweighed by the problems it causes.

“The most surprising finding was that even small amounts of alcohol use contribute to health issues globally. We’re used to hearing that a drink or two a day is fine, but the evidence is evidence,” says senior study author Emmanuela Gakidou, professor of the University of Washington Institute for Health Metrics and Evaluation.

Due to their population sizes, China, India and Russia led the world in total number of alcohol related deaths in men and women. The U.S. ranked fifth among men and seven among women on that list, the UK ranked 21st for men and ninth for women.

For too many people in the U.S., they don’t drink moderate amounts of alcohol, but simply drink too much. A separate Centers for Disease Control and Prevention study shows increased health problems such as injuries, violence, liver diseases and cancer, are linked to “binge” drinking.

In a March study, U.S adults consumed more than 17 billion binge drinks in 2015 or about 470 binge drinks per drinker, according to the CDC.

“This study shows that binge drinkers are consuming a huge number of drinks per year, greatly increasing their chances of harming themselves and others,” said Study coauthor Robert Brewer, MD, MSPH, lead researcher in CCs alcohol program.

About two-thirds of people – 66.6 percent – age 12 and older reported in 2014 that they drank alcohol within the past 12 months, with 6.4 percent meeting the criteria for an alcohol use disorder, according to SAMSHA’s National Survey on Drug Use and Health (NSDUH) – 2014.

A  study published in JAMA Psychiatry this month found that the rate of alcohol use disorder, or “alcoholism,” rose by 49 percent in the first decade of the 2000s. That means one in eight American adults, or 12.7 percent of the U.S. population.

In Traditional Chinese Medicine, any addiction like alcohol comes from an imbalance in the body’s elements, according to Pacific College of Oriental Medicine (PCOM) Faculty Member Brian Bender, Lac, with acupuncture as a remedy for it.

Over the past decades, herbal medicine and acupuncture have been receiving increasing attention in the clinical treatment of alcoholism.

Among the herbs used for alcohol-related problems, from an American Journal of Chinese Medicine study, includes:

Sandee LaMotte. CNN. 2018. No amount of alcohol is good for your overall health, global study says. Retrieved from: https://www.cnn.com/2018/08/23/health/global-alcohol-study/index.html

Jamie Ducharme. Time. 2018. A New Study Says Any Amount of Drinking Is Bad for You. Here’s What Experts Say. Retrieved from: http://time.com/5376552/how-much-alcohol-to-drink-study/

CDC Newsroom: During binges, U.S. adults have 17 billion drinks a year. Retrieved from: