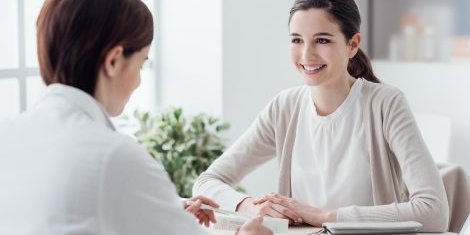 A naturopathic doctor Spends Longer Time with Patients compared to a medical doctor.

When a patient goes to see a medical doctor (MD) for advice or talk about how they are feeling during a routine check-up, often there is a ritual: They exchange pleasantries and then sit down and talk about what’s wrong, how’s it going?

The talk, however, doesn’t last too long. The latest estimates show a patient and doctor may spend 13 to 16 minutes on average speaking to each other, although the estimates vary. As of that year, five percent of U.S. physicians said they even spend less time, nine minutes with each patient.

“The extra time naturopathic doctors spend with you is focused on identifying underlying 2 cause(s) of your health concerns and empowering you to engage actively in restoring your own health,” said Michelle Simon, PhD, ND and Chair of the INM Board of Directors in a statement.

The INM released a FAQ about why naturopathic doctors spend extra time with patients, in partnership with the American Association of Naturopathic Physicians.

Naturopathic doctors, trained to treat the whole person, take the time to explore as many of them as possible. Intakes are guided by the Therapeutic Order, a “set of guidelines used to help uncover and evaluate multiple causes of health concerns including diet, psycho-emotional and environmental issues.”

When you meet a doctor for the first time, you will go over:

It’s not that MDs want to rush patients out the door, it’s just their schedules are becoming tighter and there are other issues, such as documentation and other paperwork involved. Many doctors are trying to improve their time with patients.

That person-to-person service question comes at a time of increasing popularity in naturopathic medicine, its supporters say.

As evidence of its gaining approval, a 2014 study found that more than half – 55 percent of older Americans who live in states that license naturopathic physicians would consider seeking care from a naturopathic physician.  The study found a high level of interest in natural approaches to treat illness. Seventy-five percent of Medicare beneficiaries also said they preferred that their doctor use natural therapies first, such as improved diet or supplements, before prescribing drugs or surgery. The study was conducted by Infosurv.

There is growing insurance coverage for naturopathic medicine in a number of states in the US, which helps make naturopathic care more accessible. The top conditions treated include digestive/GI disorders, nutrition, and women’s health, among others, and our patient base spans all beliefs, genders, ethnicities and socioeconomic categories.

But nearly everyone agrees the practice is controversial. One reason, according to its proponents, is that there is much misunderstanding about it, on issues ranging from the training involved to the research.

In a Consumer Affairs report in April, as told  by the Washington Post, naturopathic doctors argue that NDs should be allowed to work as “primary-care physicians, prescribe medication, diagnose diseases and seek insurance payment” as MDs and DOs.

It added: “But critics – including the American Academy of Family Physicians, or AAFP, which represents many primary-care doctors — worry that granting NDs the same rights and privileges as MDs and DOs could harm consumers. They say that NDs aren’t as rigorously trained as medical doctors and that many naturopathic treatments are ineffective and potentially dangerous. And last, while standard medical care can harm patients, so can naturopathic care. There’s no reliable information on how often such harm occurs, but there are some documented cases.”

American Association of Naturopathic Physicians acknowledges there is much confusion about naturopathic doctors and their work.

The AANP says: “Jurisdictions that regulate naturopathic doctors require completion of an accredited, in-residence, doctoral level program that includes hands-on, supervised, clinical training. Furthermore, graduates of online programs are neither qualified nor eligible to sit for the Naturopathic Physicians Licensing Examinations (NPLEX), the passage of which is also a requirement for regulation.”

“Another common myth about naturopathic medicine is that it is not science/evidenced based,” the AANP says.

To clarify practitioners’ roles, the organization says: “Regulated naturopathic doctors go through rigorous four-year science-based medical education at an accredited or candidate school of the Council on Naturopathic Medical Education (the only naturopathic programmatic accreditation agency recognized by the US Secretary of Education).”

“Licensed naturopathic doctors work in primary care settings across North America and are able to manage most of the outpatient concerns typically seen in primary care practices.”