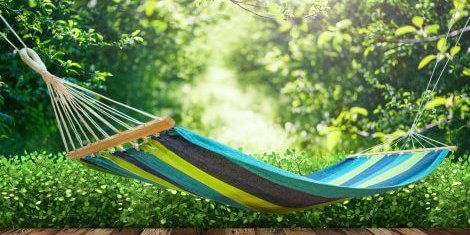 Aerial yoga at first glance it may seem like another one of those gimmicky reincarnations of yoga that have emerged in the U.S. since yoga’s popular rise in the last few decades. However, it has benefits that go beyond yoga practiced on a mat.

The word “yoga” means to yoke. It’s the joining of the body and mind or of becoming one with yourself through concentration. It incorporates the study of the body, mind, breath, and other practices to become in harmony with oneself. At its basic, the common form of yoga combines breathwork, physical exercise, meditation, and awareness.

While the core principles of yoga have been practiced for thousands of years in India, most of the postures and methods of practicing it are only centuries years old. Preparing the body physically for long meditation sessions was always part of yoga, however, the type of exercise was unspecified. It was in the mid-1800s that most of the postures that are common today were formalized and became part of the hatha yoga tradition that is mostly practiced today.

What Is Aerial Yoga?

What Is Aerial Yoga?

Aerial yoga is also called anti-gravity yoga. Instead of practicing yoga on a mat, anti-gravity yoga uses hammocks that are suspended about three feet off the ground. It encompasses all the elements of a typical yoga class, meditation, being present in the body, poses, breathwork, and the end of the class relaxation posture (savasana). Anti-gravity yoga includes movement and poses done in the air as well as some with hands or feet touching the ground.

Antigravity yoga began in about 2007 with Christopher Harrison who has a background in aerial design, professional dancing, and gymnastics. While choreographing and producing hundreds of aerial shows for entertainers using the “silk hammock,” he realized that using a hammock for exercise could have health benefits for the average person.

So, using the principles of yoga along with his knowledge of body movement and experience with a “silk hammock,” Harrison created a new way to exercise that is beneficial and fun.

How Aerial Yoga is Practiced

According to the principles of aerial yoga, doing yoga a few feet off the ground defies the effects of gravity on the body which puts less stress on the body and makes you lighter in spirit as well.

The silk-like hammocks support the body while practicing yoga poses. It is especially beneficial for challenging back extension (backbends) and inversion poses like wheel because the support allows a person to release and relax. The hammock also supports the body in simpler poses such as downward facing dog and can hold up to 2,000 pounds.

Once a beginner is accustomed to and trained on the hammock, it can help them practice proper body alignment which can reduce structural issues. Like other yoga classes, there are degrees of difficulty and pace. Some classes are designed to be slow and meditative while others are performed higher up on the hammock and are more acrobatic in the approach.

If you are new to aerial yoga, the first two or so classes will prepare you with the fundamentals on how to use safely use the hammock.

Like other types of yoga, anti-gravity yoga can stretch muscles, increase flexibility, raise the heart rate, and improve strength. There are, however, additional benefits from doing yoga on a mat and in the air. Here are some advantages to aerial yoga:

As with all yoga, there are some contraindications: It is not for women who are pregnant, people who have vertigo, high blood pressure, glaucoma, herniated disks, and other medical conditions. If you have any health issue, check with your doctor first before taking a class.

Also, before attending a class be sure the instructor is anti-gravity yoga teacher certified, the equipment is sound, and the studio offers aerial yoga fundamentals classes.

Aerial yoga is taking yoga to new heights. With the ability to focus on poses because of being physically supported, students can delve deeper into elements of a posture, such as lengthening and letting go.

It also offers the ability for people to get out of their heads because they need to concentrate on what they are doing. By not being focused on worries, aerial yoga can help people achieve the “goal” of yoga: the joining of the body and mind as one.