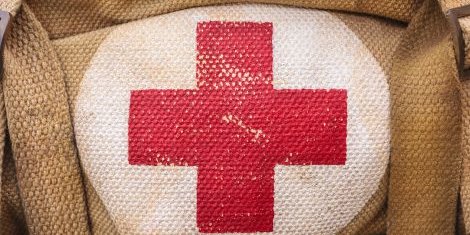 The U.S. military has been tapping into acupuncture therapy for pain to help its soldiers to thwart opioid abuse, reports have shown.

One of the most popular forms is called “battlefield acupuncture, ” according to Dr. Richard Niemtzow, who developed BFA in 2001, according to military.com.

An important piece of acupuncture is that treatment can help relieve pain quickly without the risk of addiction that can happen with opioids.  The military uses acupuncture that involves ear acupuncture, or auricular, and Army officials said that has been effective in reducing pain.

“The up-to-10 needles, five per ear, used are only 1 millimeter in length and are either gold-plated or made of steel,” according to the Army.  “Minimal pain is experienced when they are placed in the outer ear an when worn. Eventually they fall out after three to seven days on average.”

Acupuncture and other forms of alternative and complementary medicine are helping to reduce the use of opioids in Army patients, an assistant surgeon general has told Congress. While 26 percent of all service members were prescribed at least one type of opioids, the number was brought down to 24 percent, in part because of the use of acupuncture, yoga and alternatives to medication.

The Battlefield Acupuncture is effective because it can allow soldiers to easily continue their work without waiting for medications to kick-in, officials said.  “The BFA, which involves a small needle inserted into the ear, has a “central effect” on the nervous system and the cingulate gyrus, an area of the brain that processes pain,” according to the Army report.

Army doctors have encouraged patients to explore a variety of holistic options beyond medicine and surgery as complementary therapies.

The Army is changing its culture on the use of medication since 2010. The Pain Management Task Force issued recommendations and the Veterans Health Administration examined best practices for pain management at its medical centers.  In fact, the Army’s use of acupuncture and other alternative procedures is included in its Comprehensive Pain Management Plan.

Veterans, too, have had more access to acupuncture. Acupuncturists certified by the National Certification Commission for Acupuncture and Oriental Medicine can treat veterans for pain and opioid addiction.

That is important because “the opioid epidemic has significantly affected many of our veterans,” said Dr. Kory Ward-Cook, NCCAOM Chief Executive Officer in a statement. The fatal overdose rate among VA patients is nearly double the national average.  This new standard will enable the most experienced and qualified acupuncturists to treat  veterans who are suffering from debilitating pain and addiction, he said.

The National Center for Complementary and Integrative Health (NCCIH) said that veterans are more likely to endure severe pain conditions than individuals who have never served, according to Chiropractic Economics.

It cited a 2014 study published in the JAMA Internal Medicine journal found that chronic pain and opioid use by military members not being treated “were higher than estimates in the general civilian population.”

Nicole Bauke. Battlefield acupuncture? Yes, it exists and the military is using it to fight troops’pain. 2018. MilitaryTimes. Retrieved from: https://www.militarytimes.com/news/your-military/2018/02/09/battlefield-acupuncture-yes-it-exists-and-the-military-is-using-it-to-fight-troops-pain/

Christina DeBusk. Why the use of acupuncture in the military is on the rise. Chiropractic Economics. 2018. Retrieved from: https://www.chiroeco.com/military-acupuncture/