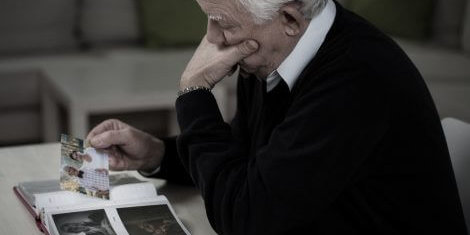 With all the technological ways and means to communicate with one another, it seems odd that loneliness is a modern epidemic. The irony is that in part technology has created the rise of loneliness.

We are more apt to reach out to someone through an email, text, social media, or video chat than in person. For example, in workplaces, people no longer gather around the “water cooler” to discuss events of the day or chat. Instead, most communications are done through emails.

Humans weren’t designed to interact with one another solely through technology. Coming together is how we survived as a species. It is part of our genetic code. And according to Dr. John Cacioppo, director of the University of Chicago’s Center for Cognitive and Social Neuroscience, loneliness triggers primal alarm bells such as pain.

While communications are more accessible, connecting in meaningful ways is in decline. According to Vivek Murthy, the former U.S. surgeon general, this disconnect is leading to a loneliness and emotional well-being public health concern.

Loneliness is a feeling of being friendless and alone in the world. It is an emotion that most people experience transiently throughout their lifetime. In the short term, it can be helpful in learning social cues. However, loneliness like hunger or physical pain is designed to be a temporary indicator that something is wrong and needs to be addressed.

When loneliness becomes pervasive and tenacious in a person’s life (chronic), it is a health problem. Isolation can be detrimental to physical and mental health and impact a person’s life in these ways:

According to Dr. Cacioppo who has studied loneliness for 20 years, loneliness causes the brain to go into self-preservation mode. The brain physically changes. For example, the area that is associated with empathy become less active. This type of activity is typically seen in fish and rodent, but not in humans.

Loneliness in the American Landscape

Loneliness rates have doubled in the last 50 years. Approximately half of the 20,000 people surveyed in a study reported feeling isolated and alone. Other research showed that one-fourth of Americans didn’t feel understood, two in five felt relationships were meaningless, and one in five said they didn’t feel close to people. Also, loneliness crosses all lines of gender, race, social-economic classes, and geographic location.

There are some commonalities in those who report being lonely. Cigna’s Loneliness Index found that living alone is a common denominator among those who are lonely. People who live with others are less affected by loneliness. Although, living with people is not a buffer to loneliness.

A study by the Harvard Business Review found that doctors, attorneys, and engineers had higher rates of loneliness than other professions. The study also found that lonely people reported having less job satisfaction and fewer promotions.

Lack of communication or the inability to communicate (lacking skills) is another characteristic of lonely people. As such, they didn’t have healthy relationships. The University of Arizona found that people who were lonely also identified with having with poor social skills.

However, according to Dr. Cacioppo, the decrease in social skills is more a symptom of loneliness than a cause. In other words, “it’s not a function of what’s in your head, but where your head is at.”

As mentioned earlier our dependency on technology to communicate, separates us from one another and is a significant factor in the loneliness epidemic. However, there other reasons for the increase. In the past, families lived in the same area for generations and were connected generationally.

Not living in villages and tribes, limits people socially and leads to more casual relationships. Through social media platforms, friendships and connections can be as easily dropped as quickly as they are made.

Loneliness is healed with the retraining of the brain and how you think. Recognizing loneliness and accepting you are lonely is the first step. Here are a few other suggestions:

Ali, Shainna, Ph.D. What You Need to Know About the Loneliness Epidemic (July 12, 2018). Retrieved from https://www.psychologytoday.com/us/blog/modern-mentality/201807/what-you-need-know-about-the-loneliness-epidemic