Labeling Of The Word Natural: The Confusion Of An Ambiguous Buzzword Label 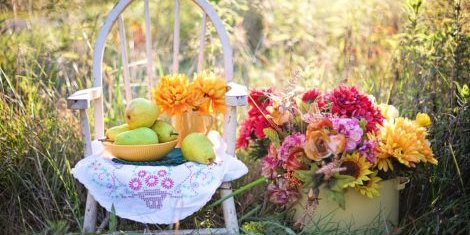 When you see the word “natural” labeled on a product, what is your interpretation of what makes that product natural? Merriam Webster defines the adjective of natural as, “existing in nature and not made or caused by people.”  A series of lawsuits, most recently a class action lawsuit against Sargento Foods Inc, regarding the use of label their cheese natural, has put even more pressure on the FDA to regulate use of the word natural on labels.

At the end of 2015, the FDA announced an open forum asking the public for their opinions regarding the perception of labeling a product Natural.  The forum closed in May 2016 and is still currently under regulatory review and whether they should intervene and define the use of “Natural” on food and product labeling. As Christina Greene, Technical Director of Sensient Natural Ingredients points out, to be “natural” is “subjective” and ambiguous to consumers when viewing the label of a food product.  Even despite tough regulations for products that are “non-G.M.O or organic” that are legally required to oblige to a defined set of protocols and regulations that the producer must meet to achieve these labels.

An article published by The New York Times states that “Americans spend more than $40 billion a year on cereals, breads, yogurts, beverages and other foods identified as ‘all natural.’ Surveys show that consumers seek out the ‘all natural’ label because they believe – wrongly – that it means the food was produced without genetically modified organisms, hormones, pesticides and artificial ingredients.”  The article also points out that “more than a hundred class action lawsuits” have accumulated due to “misleading consumers” and labeling products that contain synthetic, artificial and genetically engineered ingredients as “all natural.”

Despite the FDA releasing an official memo containing their policy of the use of the word natural on food labeling, there is increased pressure from multiple parties petitioning for the FDA to objectively define natural when being used as an adjective on labels. Not only does the memo state that 3 different Citizen Petitions have called for action in regulation of natural as a product label, but now even the Department of Justice is urging the agency to take a stand on it. As the New York Times article highlights “a number of federal judges have urged the FDA to weigh in” as they “cannot rule on whether companies improperly use the term on their products until the F.D.A. defines what it actually means.”

As for the Sargento case, while the plaintiff argues that their cheeses labeled natural, are in fact not natural because “they are made using milk from cows given G.M.O. feed and/or administered artificial growth hormones and/or raised in particular “non-natural” ways. However the defense attorney argues that the cheese is labeled as is because “natural cheese” is an “industry-standard term used to distinguish between the two main types of cheese sold in the dairy industry. This includes natural cheese, such as cheddar, and processed cheese, such as American cheese.”