Keeping Your Energy Up With A Morning Workout 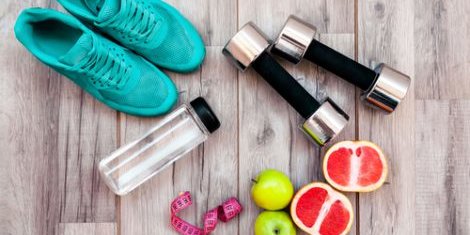 If the thought of waking up for an early morning workout makes your cringe, it may be time for an attitude change. Here are the pros and cons of a morning workout.

Studies have shown that working out in the morning can help increase metabolism because of the increased levels of testosterone produced by the body overnight, according to the National Institute for Fitness and Sport (NIFS). Taking advantage of the morning testosterone boost can help build muscles more efficiently.

However, if you work out in the morning, but don’t put in the same effort as you would in the afternoon, your metabolism won’t increase based solely on the time of day of your exercise.

The American Heart Association (AHA) says that though there could be some metabolism benefits from working out in the morning, however, those benefits are not great enough to say that the morning is the best time to exercise.

Working out consistently, according to the AHA, is much more important than the time of day you work out.

Morning exercise has been found to have other benefits, however. According to the NIFS, working out in the morning can help increase your energy level for the day. Exercise increases oxygen and nutrients throughout your body, which can give you an energy boost.

Exercise benefits both short-term and long-term memory, and morning exercise has been found to boost brain function and memory recall, according to the NIH. It also can help improve your ability to focus on tasks throughout the day.