Keeping Tabs On Your Blood’s Circulation 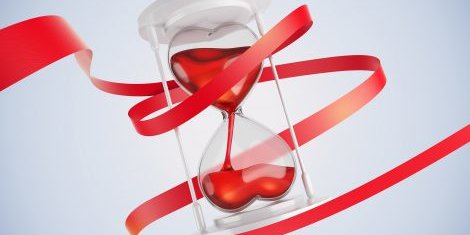 Yes, there is a wonderful stream that runs through us: the blood that circulates through our body.

Proper blood flow is necessary for the body to heal all kinds of injuries or other ailments. Blood, which includes red white blood cells, platelets and plasma, make up 8 percent of body weight. Bloods circulates throughout the body, carrying oxygen and nutrients to all cells, and removes waste and carbon dioxide.

Sometimes, our circulation is not how we would like it to be, and we may not even know it. But there are signs you may be having poor circulation in your extremities such as feet, hands, legs and hands. Maybe you feel warm except that your feet and hands feel colder. Do you get weird tingling feelings sometimes? Do you have swelling in the feet, legs or fingers?

Generally, poor circulation can happen when you have limited blood flow or maybe have been sitting too long. Sometimes it goes away when you move around and it’s not serious. Sometimes people simply ignore the problem, but it’s important to check your symptoms. Other problems can develop with poor circulation such as hypertension, painful joints, varicose veins and hardening of the arteries.

Poor circulation can manifest itself in many ways, and have different symptoms. You climb stairs and feel breathless. There can be unexplained weight loss and changes in skin tone. High cholesterol and chest pain can be other symptoms.

Poor circulation can have a range of impacts, from muscle cramps to impacts on the brain that can cause fatigue, dizziness, memory loss and frequent and unexplained headaches. There are other potentially serious related conditions such as heart disease, kidney damage, aneurysm, arteriosclerosis, Reynard’s disease, phlebitis, and stroke. There also can be a serious effect on liver and kidney. So it’s important to check your circulation.

What’s behind the poor circulation?

One reason for poor circulation is that blood vessels become blocked as a fatty substance called plaque builds up and may restrict the artery and vein walls.

According to Traditional Chinese Medicine, normal blood circulation is free flowing, but if the blood flow is stagnant, that can be the result of a blockage or some type of dysfunction. Even mild circulatory problems may mean that less oxygen is getting to your bodily tissues, and your body is not being as efficient as it could be in moving waste.

Poor circulation can be caused by several factors, including poor diet, smoking, a lack of exercise, and various illnesses. Lifestyle and behaviors have key roles: maybe too much alcohol use or even caffeine. Or maybe you sit too long in a cramped position. When you are working and realize you may not have moved for hours, it’s a good idea to get up and walk around, to get the blood moving.

Small things to help you overcome some circulation problems

Sometimes a simple aerobic exercise program can help you – really any physical activity for even 30 minutes a day. Sometimes other changes are needed, such as eating a high fiber diet to reduce cholesterol and low fat, and losing weight and really quitting smoking. You may need to increase your drinking of water, and eliminate refined foods such as sugar. If you have swollen feet, it would be a good idea to raise them to help circulation.

There are a host of other remedies, such as vitamins including Vitamin B6 and B12, C, E, niacin and magnesium. Over-the-counter medications include aspirin and analgesia.

Among the Chinese herbs used to improve blood circulation:

Various studies that link Chinese herbs to helping blood circulation focus on removing blood statis, known in Chinese medicine when the blood does not circulate freely. That is generally referred to as the abnormal state in blood where the blood tends to thicken.