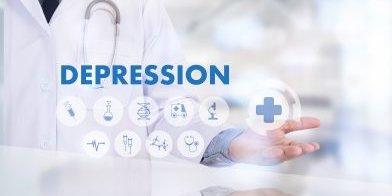 Jiawei Xiaoyao San (JWXYS), also called Free and Easy Wanderer Plus, is an ancient polyherbal preparation that was derived from the classic Chinese herbal formula – Xiao-Yao-San (XYS), and it has already been recorded in the Chinese Pharmacopoeia (2010 edition). On the base of 8 constituents of XYS (Radix Bupleuri, Radix Angelicae Sinensis, Radix Paeoniae Alba, Rhizoma Atractylodis Macrocephalae, Poria, Rhizoma Zingiberis Recens, Herba Menthae, and Radix Glycyrrhizae), JWXYS contains many other herbs on occasion based on the theory of traditional Chinese medicine (TCM), such as Danpi (Cortex Moutan), Zhizi (Fructus Gardeniae), Houpu (Cortex Magnoliae Offi- cinalis), Zhiqiao (Fructus Aurantii), Gegen (Radix Puerariae), and Dazao (Fructus Jujubae) (Qin, 2009). Besides core functions of XYS, such as coursing the liver and resolving depression, nourishing the blood and fortifying the spleen, JWXYS has extra functions, such as clearing liver heat, harmonizing blood or others, depending on what kind of extra herbs added. In terms of its therapeutic effects, JWXYS has been extensively evaluated in patients with various depressive disorders.

Likewise, acupuncture has been commonly used in the treatment of depression, as reported by the American Psychiatric Association Task Force in 2010 (Freeman, 2010). A biochemical hypothesis for the effectiveness of acupuncture in the treatment of depression is that the intervention stimulates afferent Group III nerve fibers that transmit impulses to various parts of the central nervous system and induce the release of norepinephrine, serotonin, substance P, dopamine, ?-endorphin, enkephalin and dynorphins, primarily in the hypothalamus, all of which play a principal role in the pathophysiology of major depression (Chan, 2015).

Here, to introduce a case who accepted JWXYS combined with acupuncture for the treatment of depression. This case was originally reported by a TCM practitioner on his blog (see the last reference).

Patient, female, 40+ years old, with depressive symptoms for 2 years, and a sick leave for one year. Half a year ago, the patient was diagnosed with depression and was prescribed antidepressants after visited a psychiatrist. However, the patient insisted on self-care instead of taking the medicine. Her symptoms got worse since. At the first encounter in TCM clinic, the patient had the following manifestations: slightly overweight, depressive mood, gloomy face, inclination to cry, lost the interest of life, disliked what she liked before, didn’t want to do anything; fatigue, lost energy, slow reaction, poor concentration, memory loss; no suicidal thoughts; sleep, diet, urine and stool remained as usual; red tongue with thin coating, string-like liver pulse.

Immediately after the first acupuncture session, the patient felt relaxed, and liver pulse ran better. After two months of the combination treatment, all the symptoms were improved. The patient’s perspective on life became more positive. During the treatment period, the patient once complained that she was experiencing worsening of symptoms. Given it occurred right before the patient’s regular menstruation, the TCM physician gave the patient an additional acupuncture session, meanwhile modified the herbal formula – on top of JWXYW, plus Cyperus rotundus, peach kernel, safflower, turmeric, Polygala, and iris. The patient felt better immediately after taking the herbal medicine. After the menstruation, all the worse symptoms disappeared.

The patient experienced a successful treatment by using JWXYS combined with acupuncture for her depression. It was not surprising, in fact, both JWXYS and acupuncture have strong evidence for the treatment of depression.

It is well reported that JWXYS is effective for depression. According to a meta-analysis which included 14 relatively high quality (Jadad score?3) randomized controlled trials (RCTs) involving 1224 patients, treatment with a combination of JWXYS and conventional antidepressants (CADs) could exert greater therapeutic effects than CADs therapy alone. Fewer adverse events were reported in the treatment of JWXYS monotherapy and JWXYS plus CADs as opposed to the CAD monotherapy. These data suggested that JWXYS is a valid anti-depressive agent and may have a higher safety profile as compared to CADs (Qin, 2011).

A lot of studies in China have suggested that acupuncture is no less effective than antidepressants in the treatment of depression yet had no side effect (Liu, 2014). Acupoints selected for depression are also seen as Siman (KI 14), Shenshu (BL 23), Guanyuan (CV 4), Dazhui (GV 14), Yinlingquan (SP 9), Zusanli (ST 36), Taichong (LR 3), Yanglingquan (GB 34) and Jingming (BL 1) (Zhou, 2015); or Baihui, Sishencong, Temple, Yintang, Anmian, Fengchi, Shenmen, Taichong, Zusanli (Liu, 2014). Generally, the meridian points on heart, liver, spleen, Ren channel, and Du channel are chosen and treated by supplementation, reduction, reinforcing and relieving techniques to achieve the purpose of resolving depression and quieting spirit, according to the actual situation of syndrome differentiation (Zhou, 2015).