Is It True? “When Hungry Meets Angry” 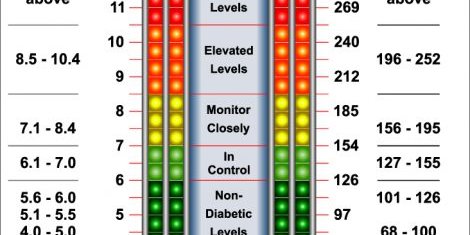 Brain delivers you a message What Science Says

When you get hungry are you grumpy, or impatient? Or perhaps, you have a partner who is short-tempered when they come home from work and before they have had dinner.

There’s a term for it: hangry. Hangry is an amalgam of hungry and angry. It describes people who get angry when they are hungry. After work and before dinner is the peak time for the hanger to appear.

It doesn’t affect everyone. But, there is a connection between hunger and anger or aggression. Much of it had to do with the brain. The organ that is only 2% of the body’s weight, but uses 20% to 30% of the energy consumed is the crux of the problem according to researchers.

While “hangry” is a new term, it’s not a new condition: It’s the biological working of some people. Medical experts say three biological functions cause some people to become hangry.

Blood-Glucose Levels and the brain

Food contains either carbohydrates, proteins, or fats. When food is digested, these nutrients turn in glucose, a simple sugar. They are then distributed throughout to the body to fuel it. After a period of not eating, glucose levels drop off.

Glucose is the brain’s primary source of food. The rest of the body can use other nutrients. So, to the brain low, low glucose levels are life-threatening.

Added to the biological effects of low glucose levels are interpersonal relationships. Low glucose makes some people grumpy and less patient in close relationships. For example, when you are hungry, you may have enough awareness and brain power not to snap at your boss. But, in relationships with family and close friends, you easily give in to the brain’s natural fear of a threat and snap at them.

“‘The brain needs fuel to regulate emotions, and anger is the emotion people have the most difficulty regulating….'”[i]

Another biological process that connects hunger and anger has to do with genes. The neuropeptide Y gene is released when hungry and activates other brain receptors like Y1 which enables ravenous eating impulses. Both Y and Y1 neuropeptides also regulate anger and aggression. People with high amounts of Y neuropeptides are inclined to have high levels of anger urges. So, when they are hungry, it can also trigger these neuropeptides.

The job of glucose counter-regulatory hormones is to answer the brain’s SOS signal. As mentioned, the brain in the face of hunger thinks its survival is at risk. So, it sends messages to specific organs to make and release hormones into the bloodstream to increase glucose amounts.

Adrenaline and cortisol are stress hormones that are released when the body is under stress. It can happen when there are low blood-glucose levels in the brain. Adrenaline is the hormone most associated with body’s “fight or flight” response.

“Fight or flight” is triggered when frightened or threatened even if the threat is only a perceived one. Your body is in heightened awareness, and you need to decide to fight or flee. In a “fight or flight” situation, you may lash out at someone because of a rush of adrenaline. Low blood sugar levels in the brain can cause a similar response.

The reason all people don’t react this way is that the chemical and neuronal processes going on in the hungry brain are complex and vary from person to person according to Dr. Paul Currie, a professor of psychology and neuroscience at Reed College in Portland, Oregon.[ii]

The easy solution to hanger is to eat before hanger strikes. Knowing when hunger affects your mood and then eating a combination of carbs and protein, may prevent the transformation into the Hulk when hangry.

[i] Dr. Brad Bushman, professor of psychology at Ohio State University. Heid, Markham, You Asked: Why Do I Get Hangry, August 26, 2015. Web.