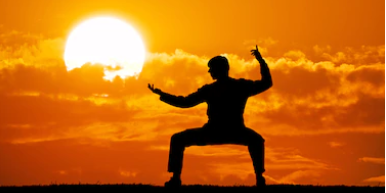 Exercise, meditation and relaxation have all been shown to have immense benefits for the brain’s physical health. For an aging population, these benefits translate into better memory and recall, improved cognitive function and a generally better mood and more positive outlook. Tai Chi is unique in the way it unites these three into a single practice, therefore, Tai Chi supports the physical Health of the brain in aging adults .

Being a form of exercise, meditation and relaxation, Tai Chi would seem to provide a way for aging adults to gain the benefits of each. Several recently published studies suggest not only is this true, but one does not need to practice for a long time to start experiencing physical improvements in the brain.

Here are a few ways researchers have discovered Tai Chi helps the physical health of the brain:

In a small pilot study, Harvard Medical School researchers reported Tai Chi raised levels of brain metabolites related to memory and sensory perception. The participants had not practiced Tai Chi prior to the study. It only took 12 weeks of practice for the trial participants to show “significant” improvements.[i][ii]

It’s been long observed that the brain gets smaller as a person gets older. Tai Chi and another similar mind-body exercise called Baduanjin have both been shown to increase gray matter throughout the brain including the hippocampus, according to a study published in the Journal of Alzheimer’s Disease. In patients, this translated to better memory scores as measured through a variety of tests.[iii]

A review of 11 studies further noted that trials involving neuroimaging have further shown increased cortical thickness, connectivity and high executive function in the brains of those who practiced Tai Chi.[iv]

BDNF stands for brain-derived neurotrophic factor, a chemical in the brain responsible for growth and protection of brain cells, memory, and learning.  BDNF plays an important role in brain metabolism, specifically in glucose regulation. Low levels of BDNF have been seen in patients with Parkinson’s and Alzheimer’s diseases.[v] In one study, researchers observed that practicing Tai Chi raises BDNF levels in the brain. In patients with mild impairment, these elevated levels were associated with better performance on memory tests and higher overall executive function. The patients in the study practiced three days per week for 6 months with an instructor.[vi]

Getting enough sleep is vital to the health of the brain with many health problems linked to poor sleep. One way sleep supports the brain’s physical health involves toxin removal. Research shows that the human brain clears toxins, specifically beta-amyloid, during sleep.[vii] Older adults who practice Tai Chi have been shown to enjoy longer, better sleep than those who do not practice.[viii]