Hmmmm. Cup Of Java! So Good! 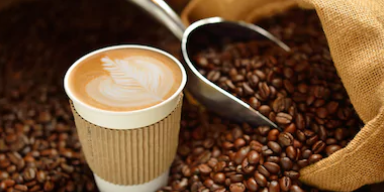 Morning is almost synonymous with Java in the U.S. and many other countries. Say “cup” and the likelihood is that coffee is the other word attached, for many people.  “I need to wake up and have my coffee.”“Do you want another cup of coffee?”

As long as coffee has been around, there almost has been a swirl of controversy around it, whether it is good for you or not. Study after study after study, year after year. Often, it leads to hot conversations over – hot coffee!

So if you wish, have a cup of coffee, relax, and let’s talk about it.  Remember for each person, there are differences related to the impact of coffee. Some people have some coffee after 6 p.m. and they can’t sleep all night. Others can take a cup of coffee at any hours. For some it’s a needed jolt, others it’s anxiety producing.

Coffee refers to the beans and seeds belong to the species coffear of the plant family Rubiaceae. There are 500 species of the plant family, although only a few are used for coffee production. Many Chinese herbs fall under the same classification and have similar effects. The Rubiaceae is a traditional source of several Chinese medicinal herbs, including gardenia fruit, zhizi, oldenlandia, morina, rubia and uncaria, according to Vitajing.

While there are hundreds of species of coffee, only a few are used for coffee production. The most famous is Arabica, known for its aromatic flavor. The other is Robusta, and considered more resistant to diseases and pests. Then there is Robusta, which has low acidity and high bitterness. They account for 98 percent of coffee product.

The coffee bean, or the seed of the coffee plant, is the most well known source of caffeine.  It is often talked about as the most popular drug in the world.  Coffee represents about three-quarters of all caffeine consumed in the U.S.  It is considered a drug that is present naturally, and a stimulant, a chemical compound and psychotropic. Caffeine enters the bloodstream through the stomach and small intestine and can have a stimulating effect within a half hour after you drink it. Caffeine blocks adenosine, a natural substance made by your body from triggering drowsiness. At the same time, caffeine stimulates portions of your nervous system regulated by the hypothalamus by interacting with the dopamine signaling in the brain. The effect may last four to six hours.

Coffee contains a wealth of compounds, with tissue-protecting effects. Coffee enhances the function of the nervous system. Some of the benefits are due to caffeine, chlorogenic acids, magnesium and trigonelline. Coffee also is one of the highest sources of flavonoids.

There are a wide range of health-benefits linked to coffee in the most recent studies in recent years, including its ability to lower the risk of Alzheimer’s disease, Parkinson’s disease and asthma, according to Healthline.  Studies also show it may lower the risk of diabetes, says the Archives of Medical Science.

In addition, it enhances the function of a central nervous system and increases cognitive function.

Other studies include findings that drinking a few cups of coffee a day is associated with decreased chance of early death from several cases, but there is no proof that coffee extends life, CBS News.

For many years, coffee has been linked to heart disease, but recent studies show there is no link or connection between it and heart disease and cancer, says Mayo Clinic.

Excess coffee drinkers are less prone to alcoholic cirrhosis, plus coffee many help slow down the progression of chronic hepatitis C, and liver diseases, says World Journal of Hepatology.

The Green Bean and Chinese Medicine

Green coffee beans, which are often linked to Chinese medicine, are the unroasted seeds of the coffee plant.  Over the past 30 years, China has become a major producer and exporter of especially green coffee beans.

In Chinese medicine, the green coffee bean is described as stimulating and regulating the liver qi and purging the gallbladder, and also works to harmonize digestion, according to vitajing.

As with other Chinese herbs, it would be best be used in combination with herbs to moderate and soften it effects. Green coffee also has been linked to weight loss.

These green coffee beans contain a higher amount of chlorogenic, which has been researched widely for health benefits. The chlorogenic acid is a group of cinnamic acids found in blueberries, peaches, prunes and acid bamboo.  They are also considered anti-inflammatory antioxidants, and also help to reduce blood pressure.

Experts say that you should try to avoid caffeine after late in the afternoon, if possible, and it takes about six hours to eliminate at least half of the chemical from your system. Drinking too much coffee late in the day has been linked to insomnia. (Of course, you can have decaffeinated coffee).  Because caffeine is a stimulant, most people use it after waking in the morning or to remain alert during the day, and makes us temporarily feel “more alert by blocking sleep-inducing chemicals in the brain and increasing adrenaline production,” says

A high consumption of unfiltered coffee or espresso has been linked with mild elevations of cholesterol levels. Some studies also show that two or more cups of coffee a day can increase the risk of heart disease in people with a genetic mutation that slows the breakdown of caffeine in the body.

If you have gastroesophaegael reflux disease, experts suggest it may be important to avoid coffee or reduce your intake so you can thwart possible heartburn.

Can you be addicted to coffee?

If you have withdrawal symptoms and headaches from stopping coffee, or feel like you can’t live without it, you may be biologically addicted to it. The best way to wean off coffee is to reduce the number of cups to do, or by switching gradually to green or herbal teas.

Don’t add all that cream and sugar in your coffee: that adds fat and hundreds of calories.

Ihttp://www.itmonline.org/arts/coffee.htms coffee good for you.