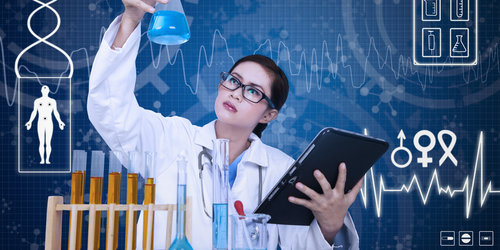 What is menopausal syndrome?

Menopause is defined as the permanent cessation of menses, usually signaling the end of a woman’s reproductive years. It may occur naturally as the result of aging or as a consequence of the following: surgical removal of ovaries, or as a result of radiation, or chemotherapy. The mean age of natural menopause is 51 years with most women experiencing menopause with a range of 40 and 58 years of age. Due to the hormonal reorganization in the hypothalamic-pituitary-gonadal axis, menopausal women would experience a series of a syndrome, including vasomotor symptoms such as hot flushes and perspiration, and other common symptoms such as loss of libido, dryness and thinning of the skin and vaginal wall, mood swings, and depression, osteoporosis, and insomnia. Differently, hot flushes and perspiration are the most commonly reported in the USA and UK, whereas joint pain is a common complaint among Asian women (Zhu, 2016). The average duration of menopausal symptoms is three and a half years, however, it can range from five months to 10 years.

The limitation of current hormonal therapy on menopausal syndrome, why herbal treatment is needed?

Although menopausal syndrome is not life-threatening, it could affect women’s quality of life. Vasomotor symptoms are the most common symptoms for which women seek treatment. Hormone therapy is approved by the Food and Drug Administration (FDA) as the most effective treatment for vasomotor symptoms of menopause (NAMS, 2012) but is currently underused due to concerns regarding potential side effects, including risk for breast cancer and venous thromboembolism (Collins, 2014). As a result, many women and health-care providers have searched for alternative treatments that could alleviate their symptoms. A population-based survey among women aged 45 – 65 years old in Washington, USA showed that 76.1% of women used at least one alternative therapy for menopause syndrome. This study also revealed that 22.1% of women used at least one type of preparation to manage their menopausal syndrome such as herbal therapy (Newton, 2002).

The TCM theory for menopausal syndrome

Traditional Chinese Medicine (TCM) is one of the most popular alternative and complementary therapies, with a history of practice exceeding 2000 years. It offers a clear and systematic approach to the management of menopausal syndrome. Its therapies, including the use of Chinese herbal medicine (CHM), acupuncture, and specific diets and exercises, are commonly used to relieve menopausal syndrome in Eastern countries. Recently, the practice of TCM has significantly permeated a broad cross-section of western communities. From the viewpoint of TCM, menopausal syndrome is primarily caused by kidney deficiency with aging and an imbalance of yin and yang. Yang is the energy of movement. It also represents daytime and heat. Yin is the energy of stillness, nighttime, and coolness. Stress and aging cause damage to the yin, which can result in night sweats and insomnia as menopause approaches. Menopause can also exhibit as a deficiency of kidney yang energy. If yin declines more rapidly than yang, manifestations of over-activity, such as hot flushes, palpitation, insomnia, anxiety, and night sweating become prominent. In contrast, depressive mood, dizziness, and fatigue are more of a concern of women with more severe yang deficiency (Scheid, 2007).

As a main modality of TCM, CHM has been widely used for the treatment of menopausal syndrome in China. A review of the literature of 485 clinical studies in 2008 reported that 185 herbs were used to treat menopausal syndrome. Dang Gui (Radix Angelicae sinensis), a commonly used Chinese herb, was most frequently cited (Liu, 2008). Ren Shen (Radix Panax ginseng), another commonly used herb, has also been reported to have estrogen-like effects on vaginal mucosa. The most commonly selected herbal formula is Liu Wei Di Huang Wan, which has been used for more than one thousand years. It is also the most widely used CHM formula for the tonification of the Kidney Yin, as a basic formula for treatment in either pattern of deficiency of Kidney Yin or Kidney Yang (Scheid 2007). A national investigation on prescriptions of CHM for menopausal syndrome conducted in Taiwan found that among a total of 54456 prescriptions for 15486 subjects in clinical visits, Salvia miltiorrhiza, and Dan-zhi-xiao-yao-san were the most commonly prescribed single herb and herbal formula, respectively (Chen, 2011).

The use of CHM, as one of the most popular alternatives for the improvement of menopausal symptoms, has been the public interest. Even with the limit of methodology, as high as 864 clinical studies conducted in China, they provide an indirect evidence for the CHM treatment on menopausal syndrome in a systematic review (Zhu, 2016).

Scheid, V. Traditional Chinese medicine – what are we investigating? The case of menopause. Complementary Therapies in Medicine, 2007, 15: 54–68.