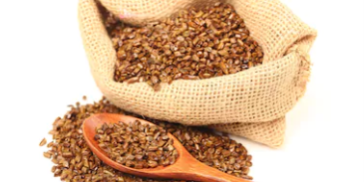 Sicklepod senna is an ancient herb of Traditional Chinese Medicine (TCM) surrounded today by a lot of confusion. The herb’s scientific name is Senna obtusifolia, but you might also see it as Cassia obtusifolia. It often gets confused with a closely related species called Senna tora, or Cassia tora. Some sources suggest the two might ultimately be determined to be the same species.[i]

According to historic use, Traditional Chinese Medicine has regarded the two as the same plant using the seeds of the two plants as sicklepod senna.[ii] At this point, it would be well worth wondering, “What’s in a name?” Ultimately, the seeds of sicklepod senna have a long history of use in herbal medicine with numerous health benefits including preventing infection, treating blurred vision and heart health.

As a species of senna, it does share a relationship to the popular herbal laxative senna. Likewise, it’s chemical make-up includes anthraquinone compounds known for their natural laxative qualities. Sicklepod senna also contains glycosides, amino acids, proteins and oils as well as a unique compound called obtusifolin,. (It’s worth noting Senna tora has different glycosides and does not have obtusifolin.[iii])

In herbal medicine, sicklepod senna may be used on its own, such as in a tea, or combined with other herbs for enhanced effect. It can be prepared by grinding the seeds into a powder, or be used as an extract, a seed oil, or as noted, as a tea.

Researchers have identified a protein in sicklepod senna that specifically targets and lowers cholesterol.[iv] The protein has been observed to prevent cholesterol creation similar to statins. The benefit noted by researchers is that this particular protein doesn’t lead to the adverse sides effects that statins often cause in muscle tissue.[v]

The cholesterol-lowering effect of S. obtusifolia supports the traditional use to support the heart and even the eyes. In humans, a Korean study evaluated Cassia (Senna) tora in diabetic patients. Cholesterol levels fell as did LDL and triglycerides.[vi]

As a senna, sicklepod senna does provide some moderate laxative effects. In one study, it has been shown to provide up to 89% of the effect of the more popular drug based on senna. The study authors noted the milder effect could make Senna obtusifolia a potential laxative option for children and pregnant women who should not use the stronger senna.[vii]

Anthraquinones like those in Senna may be known for their laxative effects, but they also supply anti-microbial properties. Studies have confirmed these compounds help prevent bacterial and viral infection.[viii]

A study of anthraquinones shared by S. tora and S. obtusifolia showed antioxidant activity that improved the liver’s response to ethanol-induced hepatotoxicity.[ix]

The same anthraquinone compounds that supported the liver also showed an ability to protect DNA from damage.[x] Glycosides, another compound in the herb, have also demonstrated antioxidant effects.