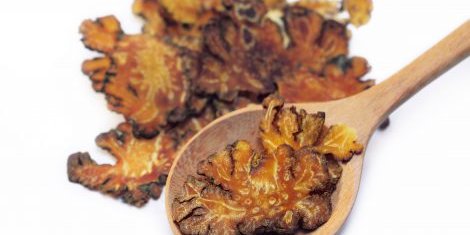 Sichuan lovage is considered one of the 50 fundamental herbs in Chinese Herbal Medicine.[i] It’s a perennial herb related to parsley and one that has been used historically as much as an everyday food as it has been as a medicine. As a food it can be chopped up and added to soups, stews or other creative preparations.

Although different types of lovage grow around the world, Sichuan lovage is specific to the Sichuan, Guizhou and Yunnan provinces of China.[ii] Scientifically known as Ligusticum chuanxiong, most Sichuan lovage is grown rather than wild-harvested.

Scientists have identified numerous active compounds in the herb. Perhaps one of the best known is ferulic acid, which has been shown to have neuroprotective effects.[iii] It also contains folic acid, caffeic acid and alkaloids.[iv]

Sichuan lovage is most often used in combination with other herbs. Today, it is part of the well-known Traditional Chinese Formula Si Wu Tang, an herbal blend used to address gynecological disorders. Traditionally, it has been used for women’s health as well as for pain relief, to promote circulation and for headaches.[v]

Modern research has confirmed many of these uses. And it remains a popular component in many herbal blends to promote heart and especially brain health. Here are several practical uses researchers have identified for Sichuan lovage.

Animal studies have shown that compounds in Sichuan lovage have anti-clotting properties. The research reports these compounds prevent platelet aggregation.[vi] In one small study involving 58 patients, the ones who received a Chinese Herbal Medicine blend containing Sichuan lovage experienced much better circulation after 30 days of treatment.[vii]

An early study of 220 stroke patients noted that those given Sichuan lovage alone had better results than those treated with a common drug. The researchers noted the “therapeutic efficacy” of the herb was over 86% compared to the drug which achieved nearly a 63% rating.[viii] Admittedly, the study was small and lacked a control group, however the patients who received the herb did show greater improvement than those who received the drug.

In tests, researchers have observed that Sichuan lovage helps to regulate the inflammatory response. The herb proved effective in limiting inflammation by regulating TNF, interleukin-6, NOS2, and interleukin1-b.[ix]

Sichuan lovage has been used for centuries to relieve pain. In one study, researchers noted that as part of an herbal combination, it decreased swelling in the limbs of patients who reported significantly lower pain scores when compared to a control group which received a placebo.[x]