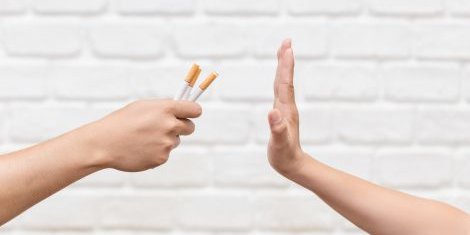 Check it out. Restaurants. No smoking. Big buildings. No smoking inside. Not many people, it seems, are taking quick puffs from a cigarette. When you drive on the highway, in the next lane of cars, not many windows are rolled down, to allow curls of smoke to go up. Indeed, tobacco control efforts have contributed to a decline in U.S. cigarette consumption by nearly 25 percent since 1968. People are searching for healthful alternatives to smoking.

Decades of education and research reduced much of the smoking, and the impact is saving millions of lives.

The good news ends there.

Despite the enormous progress in reducing smoking, tobacco use is still the leading cause of preventable death in the U.S. and posses a terrible toll on families, businesses and government.

Tobacco kills more than 480,000 people annually from their own smoking or exposure to second-hand smoke – “more than AIDs, alcohol, car accidents, illegal drugs, murders and suicides combined,” the government says.  About 15.5 percent of all adults, and 17.5 percent of males and 13.5 percent of females were current smokers in 2016.

One of the major problems is the addiction caused by the nicotine in cigarettes.

In Chinese medicine there are a variety of herbs that can help reduce the cravings and repair tissue damage caused by smoking, and also help people work to relieve irritability and anxiety linked with detoxification. Chinese herbs are commonly used to reduce people’s reaction to stress, which often triggers the desire to smoke.

According to the TCM perspective, many people smoke to “heal” blockages in the body that cause unsettled feelings of tension or grief. People maintain a smoking habit for many reasons, whether it’s dealing with stress or simply a work break habit.

Cigarette smoking is seen as the greatest preventable cause of premature death in the U.S. In fact, cigarette smoking accounts for one out of five U.S. deaths: 87 percent of lung cancer deaths and at least 30 percent of all cancer deaths each year. People who quit smoking before age 50 reduce by half their risk of dying in the next 15 years. The World Health Organization estimates 1.27 billion tobacco users worldwide, and says that one billion people may die in this century if the global tobacco consumption remains at current levels. The problem doesn’t involve not only smoking, but also secondhand smoke – just being around smokers – that harm children and adults in homes, work and public places.

Smoking is a physical and psychological habit that is hard to erase. Withdrawal symptoms include irritability, fatigue, headache or a feeling like the flu. The big culprit is nicotine. Besides being highly addictive, nicotine has consistently been linked to being carcinogenic. There are many nicotine preparations that do not involve tobacco, but research shows they are still harmful.  There are e-cigarettes, e-hookahs, mods, vape pens, all nicotine based, nicotine gums, and patches, often marketed as remedies or alternatives to cigarette smoking,  but still pose a significant health risk. Too often, young people are attracted to these cigarette alternatives. One in six high school students reported using e-cigarettes in the past month.

“The overwhelming amount of death and disease attributable to tobacco is caused by addiction to cigarettes – the only legal consumer product that, when used as intended, will kill half of all long-term users,” FDA Commissioner Scott Gottlieb, MD, said in a statement. “Unless we change course, 5.6 million young people alive today will die prematurely later in life.”

Several Chinese herbs have been identified in studies as being helpful alternatives to help reduce the urge to smoke.

A study from the American Journal of Chinese Medicine evaluated 11 herbs and their impact on smoking cessation practices and the potential to reduce smoking withdrawal symptoms. Among the herbs studied are Eugenia aromaticum and Astragalus membraneus. The herb Astragalus has been used in many conditions, ranging from the common cold to allergies and respiratory infections, and to help regulate the immune system. Another study showed a statistically significant effectiveness of herbs compared to placebo to reduce craving of cigarette smoking but researchers said the evidence was limited.

Exercise, Deep Breathing and Meditation: Those healthful practices can increase chemical hormones in the brain and calm the body and mind while reducing stress.

Acupuncture helps people overcome the disarray they feel when they quit smoking by regulating the neurotransmitters in the brain. Acupuncture points also are linked to combating nicotine addiction.

Do you have the will?

The brain will try to make excuses to have you smoke again. Experts advise you to train your subconscious mind to prevent you from getting back to smoking.

Because many people are concerned about smoking “regular” cigarettes, some turn to “herbal” cigarettes, made of a mixture of different herbs that contain no tobacco or nicotine.  A study that examined the issue said, “our findings showed that herbal cigarettes did not deliver less carcinogens than regular cigarettes.”