Give Your Liver A Boost With These Herbs 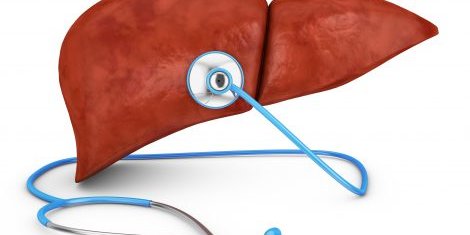 Everyone’s liver could use a boost. A diet featuring all-natural foods and regular exercise to encourage fat burning is a good start; but with all the liver does, it really needs more. In addition to digestion and metabolism, the liver is also responsible for cleansing the body of waste and toxins. Today, that’s a mighty task with environmental pollutants greater than ever.

Even if you eat right and exercise, you simply can’t escape the contaminants that make their way to your liver. Fortunately, nature has provided an abundance of herbs with nutrients and properties that support overall liver health and function. Here are 6 great ones that can benefit you and your patients.

When it comes to liver support, milk thistle quite simply belongs at the top. This herb provides a host of active compounds that strengthen the liver such as silibinin and silymarin. These herbs protect liver cells from waste, toxins, and fat build-up as happens with fatty liver disease. Silibinin itself is used to treat the liver in cases of poisoning from the highly toxic death cap mushroom which left untreated shuts down the liver resulting in death.

In addition to protecting the liver milk thistle also stimulates bile production and supports digestion. For complete liver support, nothing beats milk thistle. But it’s not the only one that helps the liver.

Dandelion root has the highest concentration of an amino acid called kynurenic acid. This amino acid is known to encourage bile production which supports digestion, but also helps prevent gallstones. Two polysaccharides found in dandelion have also been shown to counteract liver injury due to acetaminophen.Dandelion root is also shown to provide antioxidant and anti-inflammation properties which also protect and support the liver.

Peppermint is known to aid digestion and help break down fats. It’s why peppermint leaves appear so often with desserts after a meal. They don’t just go well with chocolate and ice cream, they’re helping you digest better.

The herb also supports the liver in some unique ways. In tests, it has been shown to help boost the body’s natural antioxidants like glutathione and superoxide dismutase and protect both the liver and kidneys. It also protects against scarring or fibrosis of liver tissue.

Burdock root also known as dock root has been used in herbal medicines as a blood purifier for centuries. The root is full of antioxidants which help the liver detoxify the body and keep it from getting overwhelmed. Research has also shown that burdock root protects liver cells from acetaminophen-induced damage.[ix]

In one study, burdock was able to protect and restore liver function against cadmium toxicity.

The history of chicory root as a medicine is as old as history itself. Egyptian healers grew the plant for its medicinal properties more than 5000 years ago. Over time, it became a part of the diet with leaves used as greens in cooking and the root a replacement for coffee.

Like other liver herbs, it protects liver cells against damage. In one study it proved effective against carbon tetrachloride-induced liver damage in animals.

Chicory root has also shown to improve glucose tolerance and blood sugar levels. This effect is vital as it reduces the liver’s need to convert and potentially store blood sugar.

Turmeric, or more specifically curcumin, has gotten a lot of attention in recent years for its powerful anti-inflammatory and antioxidant activity. These effects certainly support the liver, but research has shown curcumin also supports fatty acid metabolism, preventing fat accumulation in the liver.